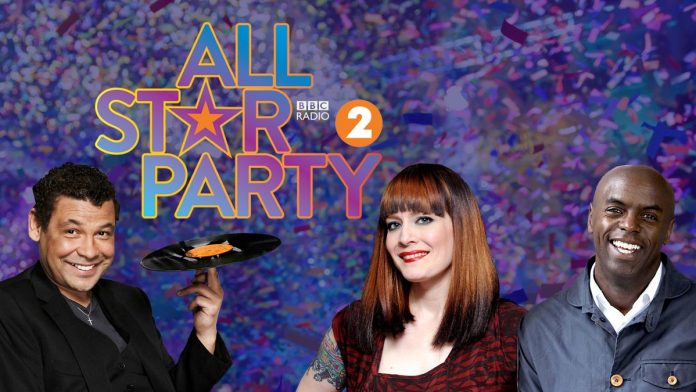 Tickets for the event, go on sale today (Monday 21 August) at 8am – full details available at bbc.co.uk/radio2.

First to perform will be Grammy and Brit Award winning Soul II Soul featuring Jazzie B with hits including Back to Life and Keep On Moving. The incredible Shalamar – who’ve sold over 25 million records worldwide and collected no less than 100 gold, silver and platinum discs – will be singing their classics, including I Can Make You Feel Good, A Night To Remember and Friends, plus new single The Real Thing – their first release in  over 30 years.

And the Craig Charles Fantasy Funk Band will be performing with British soul, R&B singer and West End star Shaun Escoffery and Omar renowned for his classic soul track, There’s Nothing Like This.

8-10pm – Trevor Nelson’s Rhythm Nation: Getting the party started, Trevor will be bringing the best in soul, R ‘n’ B, reggae and hip hop. He’ll be introducing Soul II Soul to the stage, followed by Shalamar.

Trevor says: “I’m so pleased to be kicking off Radio 2s All Star Party – every track will be a winner. It’s fantastic to be taking my show on the road, there’s nothing I like better than DJing live as you get an instant reaction from the audience to the music. It’s going to be a brilliant night in Manchester and great to have my old friends Soul II Soul performing!”

10pm-midnight – The Craig Charles House Party: Craig will be providing the ultimate Saturday night party playlist, spinning his way through seven decades of the finest funk and soul tunes. He’ll be welcoming his Fantasy Funk Band performing with Shaun Escoffery and Omar to the stage.

Craig says: “This is going to be a thumping night, playing the tunes I absolutely love to celebrate Radio 2’s incredible 50th birthday. The Manchester crowd know how to party and the Apollo is a legendary venue. I can’t wait!”

Ana says: “I cannot wait to be in Manchester, one of the best party cities in the world, celebrating Radio 2’s 50th anniversary and presenting my show in front of my fellow disco devotees. We’re going to party like it’s 1979!”

Lewis Carnie, Head of Radio 2 says: “Dance music is hugely popular with the Radio 2 audience, so I’m delighted that we’re bringing our Saturday night schedule to life in Manchester for the first time, with a funk-filled party to celebrate our 50th birthday.”

A special Friday Night Is Music Night (22 September) will feature songs and anecdotes from across the last five decades, The Listener’s Stories (26 & 27 September) features those at home sharing their memories, four episodes of Johnnie Walkers Long Players (18, 20, 25, 27 Sept) looks at the music of 1967, Johnnie Walker Meets Pop Pioneers (19 September, 10-11pm) will see Johnnie reliving the early days of BBC radio ‘pop’ broadcasting with fellow pirate DJs, and The Story Of The Light (18 & 25 September) in which Paul O’Grady celebrates life before Radio 2 with a series on the history of The Light Programme, looking back at more than 20 years of ground-breaking variety from 1945 to 1967.

Plus, the station has also commissioned some unique portraits of its current presenters from rock star and photographer Bryan Adams and listeners will get a sneak peek behind the scenes of this photo shoot in Radio 2: A Birthday Portrait (20 Sept).