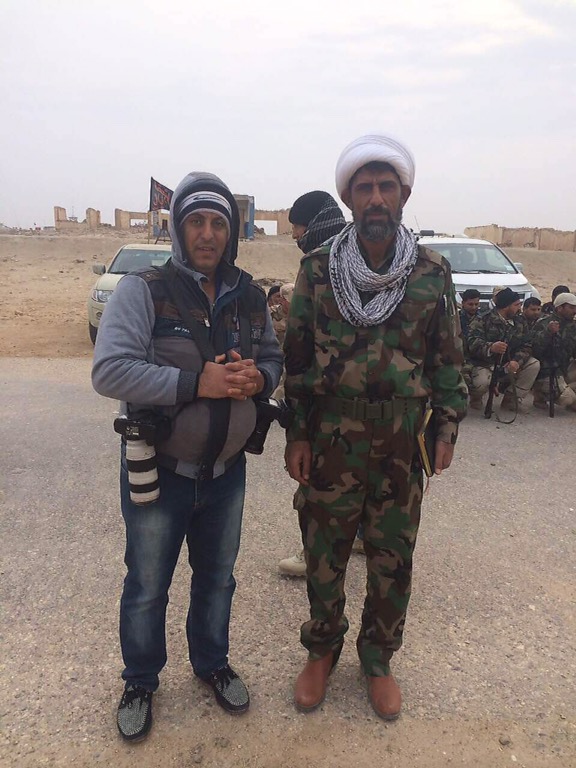 An Iraqi photojournalist, who was forced to flee his home country after 13 years working for the Reuters agency in Iraq will be giving a talk in Manchester next week.

Mushtaq Abbas will be talking to the Photography Network Red Eye at the Centre for Chinese Contempory Art in the Northern Quarter when he will tell about his experience as a photographer in exile, and discuss his life as an active photojournalist in Iraq, before he was forced to leave.

Mushtaq Mohammed Abbas Al-Graiti is a 35 year old Iraqi freelance photographer and video journalist who worked for Reuters news agency for 13 years. He has also worked for the European Press Agency and for television channels and websites in Iraq. Many of his images have been used by national newspapers in this country and by news media organisations all over the world.

Based in Karbala, Mushtaq travelled the country, covering the war and ensuing conflicts in Iraq. He often found himself working on the frontline and in extremely dangerous situations.Although most of his work is comprised of images of conflict, he has photographed cultural and social events in Iraq as well.

Mushtaq is known throughout Iraq as a Reuters photo journalist, his by-line appeared on much of the work he did for the agency. Only last year, he took part in a security training course in Northern Ireland organised by Reuters for their journalists who were working in conflict situations.

Until April 2015, Mushtaq had a good relationship with Shia officials in Karbala. But during that month, a Reuters journalist wrote a report which was published internationally and claimed that some members of the local Popular Mobilisation against Daesh had carried out looting and bombings during the liberation of Tikrit. Reuters was threatened following this report and the agency warned all its journalists to keep a low profile.

Mushtaq did not have anything to do with this particular news report but, because he was known to work for Reuters, he and his family were threatened and attacked. The death threats continued and, in early September 2015, Mushtaq left Iraq and claimed asylum in the UK. He was granted refugee status earlier this year and is now living in Bury. He is currently trying to bring his wife and three children to the UK and is looking for work in this country.

There will be an hour talk followed by an audience Q&A. Refreshments provided.

This event is free but 50% of any donation you make will go directly to Mushtaq who is seeking equipment and initial support to allow him to re-establish his career in the UK. The remaining 50% will support Redeye’s future programme.

Women knocked out as robbers ransack her Bury home