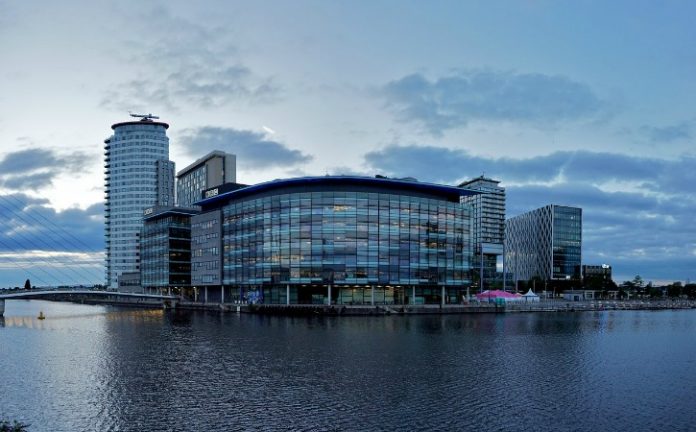 Now that September is upon us and the feeling of Autumn is slowly, but surely, making its way through the city, it’s tempting to stay at home and spend the weekend in peace. But with so much going on in Manchester this weekend, you’d would be fool to miss out.

As always we’re here to give you the very latest on what to do, see and get up to in and around the city. From theatre, comedy, music and more, we have it all.

If stopping at some of the finest establishments to drink locally brewed ale on route through beautiful valleys and villages sounds like your perfect day out, then look no further than Ales on the Rails. With the Rail Ale Trail you can embark on a journey to explore the fascinating history, heritage and hops that Rawtensall, Bury and Ramsbottom have to offer. This weekend, be sure not to miss East Lancashire Railway’s brand new Beer and Cider Festival.

The Band – The Opera House

The Band is a story for anyone who grew up with a soundtrack of boyband hits. For five 16 year old girls in 1992, Take That is everything. 25 years later, this group of friends try once more to fulfil their dream of meeting their heroes. Written by award winning writer Tim Firth The Band features the music of Take That including ‘Never Forget’, ‘Back for Good’, ‘A Million Love Songs’, ‘Greatest Day’ and more.

The Addams Family – The Lowry

Everyone’s favourite family moved into the neighbourhood, more specifically — The Lowry Theatre — with the spectacular musical comedy. Brought to you by the writers of the multi-award winning hit musical Jersey Boys and with lyrics by Tony Award-nominated Andrew Lippa, don’t miss your chance to see The Addams Family before it leaves on Saturday.

The Best in Stand Up – The Comedy Store

If its Friday and you’re at the The Comedy Store, that means one thing and one thing only – its the Best in Stand Up night. MC Imran Yusuf, Andy Askins, Paul Sinha, Sean Collins and Mick Ferry will take the stage this Friday.

Brought to you by Hope Mill Theatre, Pippin The Musical tells the story of a young prince, the heir to a throne, and his journey to find the meaning and significance to life – only to discover that true happiness is more complicated than he thought.

Oh What A Lovely War, performed as an end of pier show by a troupe of Pierrot entertainers, relives the horror and dark humour of the First World War through song, dance and stunning visuals. Pack up your troubles with Joan Littlewood’s critically acclaimed satirical First World War musical in the year Britain remembers the Passchendaele campaign of 1917.

This Saturday will see Manchester Arena officially open with the We Are Manchester benefit concert to honour those affected by May’s atrocities and welcome back entertainment to the arena. Expect to see the likes of Noel Gallagher, The Courteeners, Blossoms, Rick Astley, Pixie Lott, Bugzy Malone and more.  All profits from the concert will raise money for the Manchester Memorial Fund, a charitable trust overseen by the Lord Mayor of Manchester which will go towards establishing a permanent memorial for the 22 May attack.

To kick off September, The Stoller Hall will see Chris Wood perform this Saturday. The self-taught musician has been described as “a perfect union of voice and guitar, lyrics and melody, compassion, irony, realism, wit and humanity”.Weaving in tradition of the unofficial history of the English speaking people with his own contemporary parables, Wood’s uncompromising talent will be an event not to be missed.

For a day filled to the brim with family entertainment, why not visit Oldham Live? With pirate-themed fun, a magic show, a Prince and Princess singalong, puppet shows and more — there will be plenty of things to do to keep the little ones entertained after their first week back at school.

Showcasing the finest food, drink, art, crafts and more is Eccle’s Maker’s Markets. With more than 50 artisan traders setting up shop for one day only, there will be something for everyone to enjoy. Live music and local produce – whats not to love?

Give it a Bash – Manchester Craft and Design Centre

If you feel like unleashing your creative side and making something to bring home with you at the end of your day, why not give the one-day Pewter workshop a try? Using Lead free Pewter, each workshop is focused on learning a particular metalwork skill. This Saturday join Ella, the mastermind behind the workshops, to create Pewter vessels.

This week audiences at The Lowry will see the world of Austen reimagined. In this hilarious and warming production, Jane Austen is dreaming up Mr Darcy – imagining him to be a proup, lip-curling, handsome creation. But as she is interrupted in her creative thought process, Mr Darcy is left dangling. Left to his own devices, Mr Darcy decides to embroider his own storyline.

Secret Affair – Band on the Wall

Mod rival outfit Secret Affair formed in 1978 from their previous incarnation as the “power pop” band New Hearts. For one night only, Secret Affair will be performing in Manchester at Band On The Wall for a show not to be missed by any avid fan.

Moving from Eccles to the heart of NQ on the second Sunday of the month, Stevenson square comes alive with passionate creatives eager to share and inspire visitors with award winning food and drink and exhibiting awesome art, modern craft and vintage.

This Sunday you can revel in nostalgia and appreciate the graceful and glamorous vehicles of the past with the Vintage Transport Gathering at Bury Transport Museum.

The World Black Pudding Throwing Competition dates back to the 1980s and, as the name suggests, sees Black Puddings hurled at a pule of Yorkshire Puddings on a 20ft high plinth. Competitors have three turns in an attempt to knock down as many Yorkshire Puddings as possible (they are arranged in a pile of a dozen) and must throw underarm.

An Evening with David Sedaris – The Lowry

With sardonic wit and incisive social critiques, David dears has become one of America’s pre-eminent humour writers. See Sedaris slice through cultural euphemisms and political correctness as he proves he is a master of satire and one of the most observant writers to address the human condition today.

Strelnikov’s Glasses and Other Stories –  HOME

Strelnikov’s Glasses and Other Stories is a collaboration between The Society of the Spectacles and General Eyewear, a London based eyewear company. In addition to an extensive collection of vintage eyewear, General Eyewear specialises in making bespoke glasses for  movies, including those made by Steven Spielberg, Ridley Scott and Tim Burton.

March Events at The Lowry Hotel