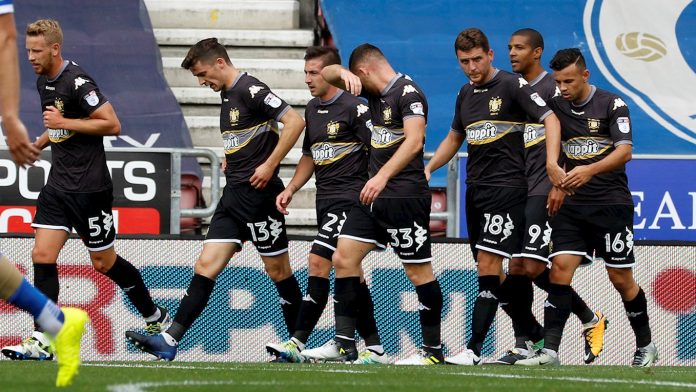 Rochdale earned their first point of the season with a 1-1 draw at home to Scunthorpe United.

After a goalless first half, half-time substitute Steven Davies opened the scoring with a header nine minutes into the second period

Oldham have still to get off the mark consigned to defeat by a last minute goal from Walsall’s Erhun Oztumer.

The Latics had taken the lead on the half hour mark through Ryan McLaughlin.

Joe Edwards equalised for the Saddlers after the interval before Oztumer’s late strike.

Bury’s short trip to Wigan ended disappointing 4-1 defeat at the DW Stadium, two second half goals from Nick Powell deciding the fixture.Wigan took the lead in the first half through Michael Jacobs but Bury were quickly back level less than two minutes later through Bruce sending the sides into half time level before Powell’s double, one from the penalty spot and a final 30 yard strike into injury time from Evans.