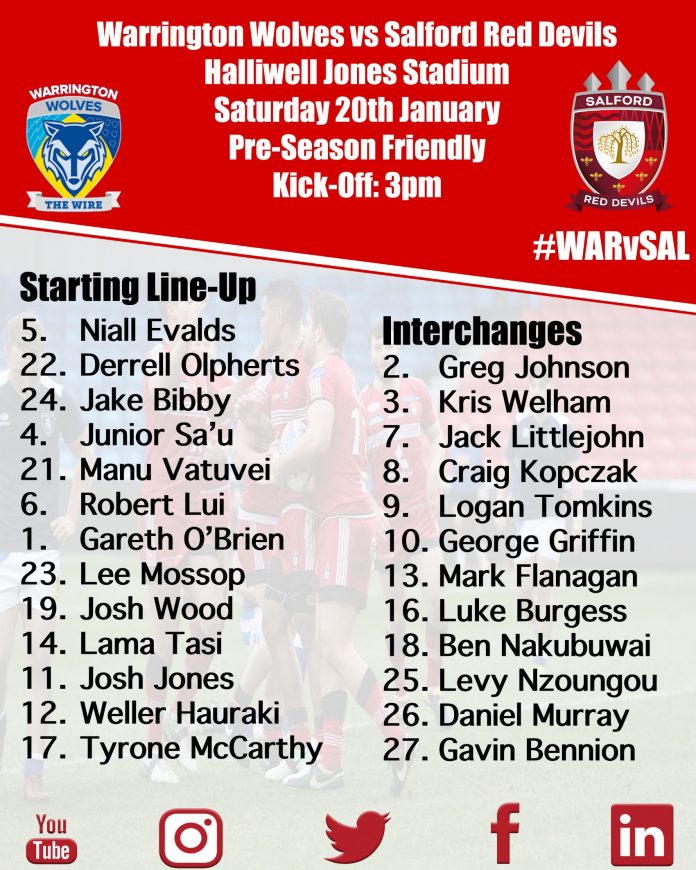 Salford Red Devils Head Coach Ian Watson has named his squad for the upcoming pre-season friendly against Warrington Wolves at the Halliwell Jones Stadium on Saturday.

Luke Burgess is set to play his first game back in the red of Salford after missing the 50-12 victory over Swinton Lions last weekend with a minor knock.

Kriss Brining, who was named in last week’s squad but didn’t feature, will miss the game this weekend as a precaution. Ryan Lannon will also miss the game as he serves the second match of a three-game suspension.

Robert Lui is set to start the game alongside Gareth O’Brien in the halves while Jack Littlejohn moves down to the bench. Derrell Olpherts and Manu Vatuvei will start on the wings in place of Greg Johnson and Jake Bibby with the latter moving into the centres.