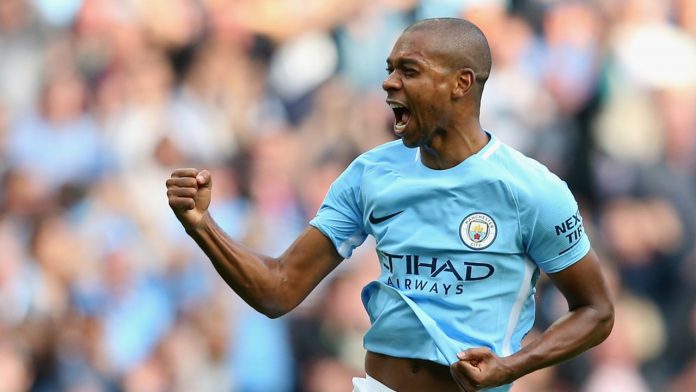 The 32-year-old has been in outstanding form this season, making 30 appearances in all competitions as City have made a record-breaking start to the campaign.

Recently described by Pep Guardiola as “one of the best three holding midfielders in the world,” Fernandinho says he is delighted to commit his future to City.

“This is a Club with a fantastic future and I want to be a part of it for as long as possible,” he said.

“With Pep in charge, I feel sure we can win significant silverware and, importantly, we will try to do it playing attractive, attacking football.

“It’s a pleasure to be a part of this Club and I look forward to seeing what the next few years bring.”

And Director of Football Txiki Begiristain added: “We’re delighted Ferna has signed his new contract. He is a senior member of the squad and his professionalism and work ethic are second to none.

“His form has been fantastic this season and we’re happy he’s extended his deal for a further two years.”

Fernandinho arrived at City in 2013 having spent six years with Ukrainian side Shakhtar Donetsk.

He made a wonderful start to life at City, playing 46 games as we won the Premier League title and League Cup in his first season at the Club.

Since then, he has won another League Cup – scoring in the final against Liverpool at Wembley in 2016 – and helped us reach the Champions League semi-finals, the Club’s best performance in the competition to date.