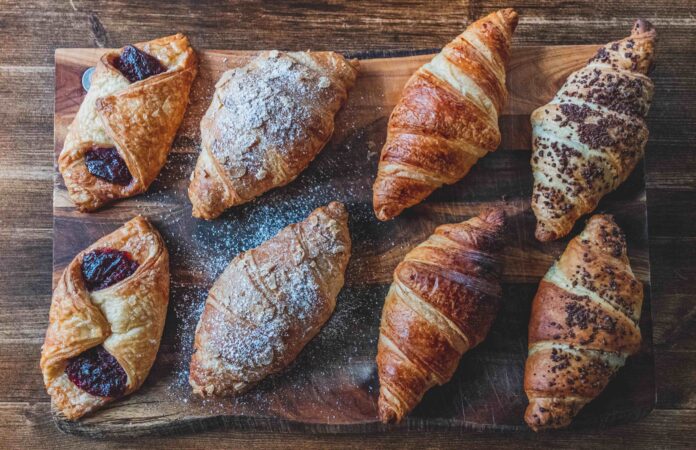 Starting with viral videos on their Musical.ly account, band-members Reece Bibby and George Smith are now stalwarts of the TikTok community, with 9.1million likes and 696K followers.

We could not think of anyone better to help us launch our own sound on TikTok so you can riff off the iconic “I could have dropped my kwasson”t vine.

The boys have been busy dropping their own vegan kwassonts left and right.

Trust us it is s a MAJOR thing on TikTok, even Shrek fans are at it.

And because we know the internet loves a vegan treat, we’ve mined the web and gone seriously meta.

We’ve added the vegan kwassont to Urban Dictionary, sparked a debate on Reddit and even changed the name of our vegan croissant in-store and on Deliveroo, Just Eat and UberEats to the ‘correct’ spelling.

Is a vegan croissant still a croissant? Or is it a vegan kwassont?

Make sure you head over to @veggiepret to let us know what you think and join in the debate.

Lots of fun for the children at HOME Manchester this summer