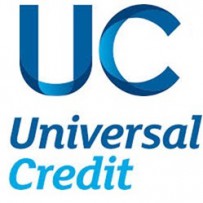 With the House of Commons debated the controversial Universal Credit scheme, the Mayor of Greater Manchester Andy Burnham has written to all the region’s MP’s detailing the vital lessons learnt in the region on the scheme.

In Oldham, more households are failing to make payments for housing costs, falling in to arrears and becoming at risk of homelessness since full service Universal Credit went live in April this year.

The percentage of customers who are in arrears for self-payers and Housing Benefit recipients currently stands at 18% whereas for Universal Credit customers this is 68%.

Wigan have also be piloting the scheme and have found in council tenancies across Wigan borough the proportion of Universal Credit claimants in arrears with their rent is 80.4%, compared with 36.7% for those tenancies where Universal Credit is not claimed.

“while there is a sound argument for simplifying the benefit system, at present Universal Credit is not delivering its stated aims” writes Burnham who says that issues have materialised for young people who can no longer receive payments towards their housing costs as well as for people living in temporary accommodation.

“Problems for claimants are exacerbated as many need to borrow money to meet daily living expenses in the interim period from making their claim to receiving their first payment, so when they receive their payment they already owe this to lenders. Increasing rent arrears place tenants at risk of eviction.”

Earlier today, the government announced that people will be able to call the government’s universal credit helpline without being charged, within weeks.

Theresa May said she had listened to criticism of the charges, which can be up to 55p a minute, and decided it was “right” to drop them.

However she rejected calls by Labour leader Jeremy Corbyn to “pause” the roll-out of the controversial benefit amid fears it is causing hardship.

Plans submitted for the first phase of Collyhurst regeneration plan