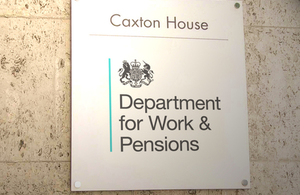 UK unemployment fell by 7,000 to 1.6m in three months to December, while average earnings rose 2.6%, while youth unemployment at its lowest level for more than 12 years figures out this morning show.

Full-time work continues to drive the increase in employment, rising by 218,000 workers on the year

“With employment at its highest rate since records began, and unemployment at its lowest in over a decade, we remain in a position of strength.Our on-going welfare reforms will continue to incentivise work and make sure the system is fair to all those who need it and those who pay for it.With youth unemployment down, women in work at record levels and number of disabled people in work increasing too, we’re delivering on our pledge to build a country that works for everyone.”7Unemployment

“Pay growth remains stubbornly sluggish, which is a concern given rising inflation. There are tentative signs that productivity is picking up, but there is further to go before it can underpin faster wage growth.

“Companies will be looking to the Budget to see adjustments to business rates along with measures to boost educational performance, helping firms to drive faster productivity growth.”