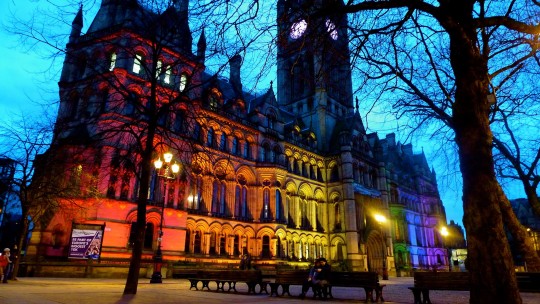 The ambition to create a community aimed at older lesbian, gay, bisexual and transgender (LGBT) people has been announced today by Manchester City Council.

The project would be part of the city’s programme that provides high quality housing for older people, and is the first LGBT majority “Extra Care” scheme in the UK.

Manchester’s older LGBT population is growing. There are more than 7,000 people in Manchester over the age of 50 that identify as LGBT and there is an expected increase of over-65s in the next two decades.

A recent LGBT Foundation report, commissioned by Manchester City Council, indicated higher levels of loneliness and isolation amongst LGBT older people, experience and fear of discrimination in existing accommodation and a desire for affordable, accessible LGBT specific accommodation where they can be open about their identity in later life.

Manchester City Council, with the support of the LGBT Foundation, Stonewall Housing and the Homes and Communities Agency are responding to this need, whilst learning from similar projects across the world.

There will be minimum 51% LGBT residents, heterosexual people will be welcome. This affordable housing will have well-trained and experienced staff and carers. Pets will also be welcome, as they can be particularly significant to older people without children/families.

Cllr Bev Craig, Manchester City Council’s lead member for LGBT women, said:“Prejudice and discrimination can be a real problem facing older LGBT people. People shouldn’t have to face the prospect as they get older of being surrounded by people who may not accept their sexuality or gender identity.

“Older people should never feel isolated by who they are, or who they love. Alongside improving this in general provision, it is time that we develop a scheme in Manchester that provides care for LGBT people, providing a place where the LGBT community can give each other a network of support in older age.”

Take a break from wine o’clock

Triathlon to be held in honour of Tim Bacon