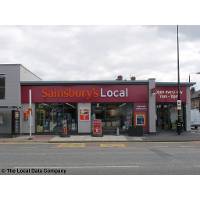 Armed robbers fled a Sale supermarket after ransacking the till last night.

Police were called to reports of a robbery at Sainsbury’s Local on Washway Road just after 9.20pm after two men,who donned black jackets with their hoods up,entered the shop armed with metal pipes.

One man was white and the other was black. Both were in their 20s and were average height.They took a quantity of cash from the till before fleeing on foot.

“Customers were also in the store at the time and were understandably scared by what they were witnessing. Thankfully no one was injured.

“We are trying to establish who these men are and we are following several lines of enquiry.

“I would appeal to anyone who was in the area at the time, or who might have information about this robbery, to please contact me.”

Two arrests in early morning raids as officers continue to investigate the criminal use...