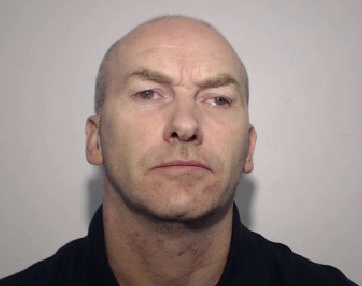 A 51 year old Salford man has been jailed for 26 years for child sexual abuse that took place over six years starting in 1998.

He will also have to sign the sex offenders register for life.

Between 1998 and 2004, at a number of properties in Salford, Austin sexually abused four victims who were aged between eight and 16 at the time.

In August 2018, relatives of one of the victims – along with a charity worker – came forward to police and a full investigation was launched with Austin arrested.

During police interview Austin denied all offences but admitted his crimes before the case went to trial.

Detective Constable Lyndsey Galbraith, of GMP’s Swinton district, said: “The sickening abuse suffered by Austin’s victims is unthinkable and we must not underestimate the bravery and courage it has taken them to come forward and speak out.

“I hope that this case goes to show that no matter long has passed, officers from Greater Manchester Police will always remain committed to pursuing justice and putting dangerous and perverted predators like Austin behind bars.

“I would plead with anyone who had suffered from this kind of abuse to please get the help and support they need by coming forward and speaking with us.”

Man convicted of racial abuse during Manchester Derby back in 2019