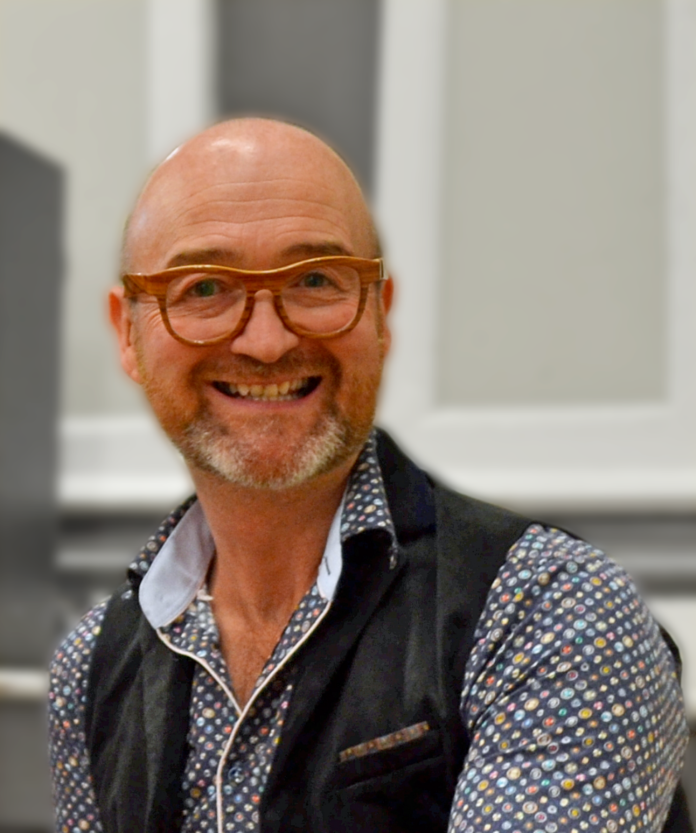 Famous for his colourful trousers, TV antiques expert David Harper is swapping the TV camera for the stage as he takes his one-man theatre show to Oldham Coliseum Theatre on Thursday 19 September.

David has been a regular on BBC programmes such as Bargain Hunt and Antiques Road Trip for more than a decade. In Unexpected Tales, he will treat audiences to all the funny behind the scenes gossip from some of the BBC’s most popular daytime and early evening shows, telling of his encounters with the famous faces he has appeared alongside for celebrity specials.

He said: “You cannot believe what goes on in the world of art, antiques and in the making of television shows. You will not be expecting what you will hear.”

David added that the unscripted nature of his theatre show would make each one a unique experience.

“It is a very interactive show and I never know where each story is going to go…or how far it will go,” he said.

“I have some ideas of what I want to talk about, but I often throw the topics open to the audience. It’s real seat of your pants stuff.”

Unexpected Tales is David’s first major theatre tour and follows the success of his first foray into stage work in his native North East.

“For many years, I’ve been giving talks for business groups, after dinner events and other presentations and I always enjoy them, so the next stage was to take what I do on tour through theatres’’

“I bit the bullet and did a few live theatre shows to try it out to a different kind of audience, rather than organised groups. I absolutely loved it and the theatre atmosphere is fantastic’’

David said that in those first few shows, the stories of what goes on behind the scenes, the charity events he gets invited to (he once sold dinner with Sir Alex Ferguson for the cost of an average house!) proved extremely popular with audiences and that had spurred him on to develop Unexpected Tales.

“People were interested in how things were put together, making the TV shows, how things could go wrong and the celebrities I had worked with. People also like to hear stories of the TV disasters, the antiques profits, the bigger losses, the fakes and the fabulous’’

Easter at the Great Northern