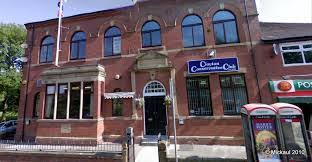 A man will appear in court next week following a firearms incident in Clayton at the weekend.

Stewart Bowden,39 of Canberra Street, Clayton has been charged with possessing a firearm with intent to cause fear of violence.

The charges follow a fight at Clayton Conservative Club on Saturday night during which a firearm was seen to be produced.

Armed police arrested a man on suspicion of firearms offences.