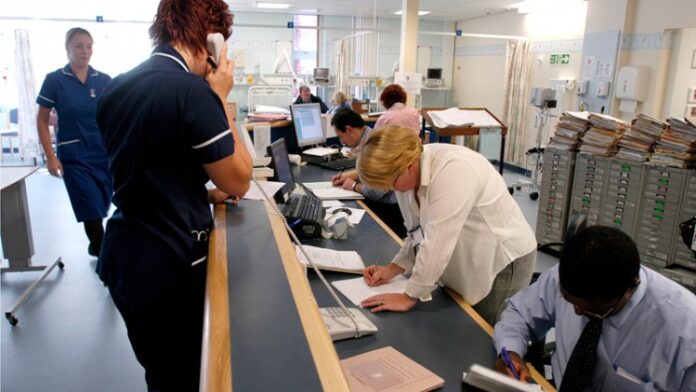 The government should build on the huge public support shown for the NHS during the pandemic by giving health workers across the UK an early pay rise, say health unions

The 14 unions – representing more than 1.3 million nurses, cleaners, physiotherapists, healthcare assistants, dieticians, radiographers, porters, midwives, paramedics and other NHS employees – have written both to the Chancellor and the Prime Minister calling for pay talks to start soon so staff get a wage boost before the end of the year.

But now the public wants the government to turn its appreciation of health staff into something more substantial, say the letters. The unions’ call comes as the UK prepares to remember everyone who’s died from coronavirus and give thanks for the NHS on its 72nd birthday this weekend.

Health workers are nearing the end of a three-year pay deal. Unions are urging the government to provide the funding for a fair and early pay rise for all NHS staff – including the many domestics, catering workers, security guards and other support staff working for private contractors.

A fair wage increase would help staff feel valued after the huge pressures and challenges faced in recent months. There would also be a boost to the economy as health workers spend the extra money in their pockets on local high streets, say unions.

Improvements to staff pay would enable the NHS to hold onto experienced workers – including many who’ve returned to its service during the pandemic. An early rise would also help with the recruitment of new staff needed to fill the many vacancies across every ward, team, department and clinic, say the letters.

Ministers must not see the appeal for NHS workers to get an early pay rise as a Covid bonus, say unions. The three-year deal agreed in 2018 was simply the start of making up for the pay freezes and wage caps of previous years.

UNISON head of health Sara Gorton, who also chairs the NHS group of unions, said: “The applause and kind words shown during the difficult days of the pandemic were a huge source of comfort to NHS staff. But now the government should show its appreciation in a different way.

“Throughout lockdown, the public has seen the immense dedication, commitment and compassion shown by NHS staff, and now expects them to be rewarded.

“As the clapping returns this weekend for the NHS’ birthday, ministers can show how much they value health staff by committing to an early pay rise that the entire country supports.”

Hannah Reed from the RCN, who is also acting secretary to the health unions’ group, said: “Across the NHS, nursing and healthcare staff are still working harder than ever. These people are the country’s greatest asset. When we celebrate that, politicians must think about how staff can be fairly paid and valued.

“They do not need more warm words and praise that, to many, is already beginning to feel hollow. An earlier pay rise will go some way to showing the government values all they do, not just this year but day in, day out. Proper recognition and pay to match it will go some way to addressing the number of unfilled jobs.”