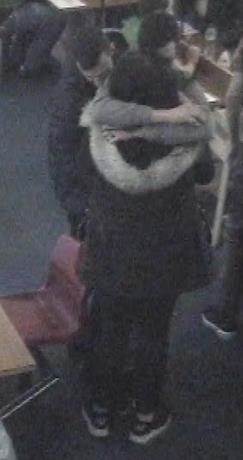 Two men and a woman have been jailed after smuggling drugs into HMP Forrest Bank by stuffing them into an inmates trousers.

Anthony Windsor aged 37 of HMP Lindholme, has had his jail sentence extended by four years and four months after pleading guilty to conspiracy to convey drugs into prison.

Dwayne Mulligan aged 31 of HMP Altcourse, has had his jail sentence extended by 32 months after pleading guilty to conspiracy to convey drugs into prison.

Lucy Whitehurst aged 23 of Royle Street, Denton, has been jailed for four years and two months after pleading guilty to conspiracy to convey drugs into prison.

Whitehurst’s sentence has taken into consideration two separate offences of burglary from 2016.

Windsor was serving a sentence for a violent robbery in 2015 in Stockport at HMP Forest Bank and HMP Manchester when police launched an investigation into the supply of prohibited items into prisons.

Prison officers at HMP Manchester discovered bank details of individuals connected to Windsor in a number of cells in the prison and alerted police.

The investigation identified cash transfers were regularly being made into Whitehurst’s bank account.

Whitehurst, along with Mulligan, then used the money to buy drugs which they brought into the prisons when they visited Windsor.

In December 2016, Whitehurst and Mulligan were detained at HMP Manchester after passing a package of drugs to Windsor.

Prison officers observed Whitehurst stand up to hug Windsor while Mulligan retrieved a parcel from inside his clothing and placed it into the waistband of Windsor’s trousers.

The pair were arrested and the drugs were analysed and found to be cocaine, cannabis and Spice.

Due to the fact that drugs in prison can be sold for up to five times the street value, it is thought the drugs were worth around £5,400.

Detective Constable Adam Cronshaw, of GMP’s Serious and Organised Crimes Group, said: “Greater Manchester Police are working closely with HMP Manchester and the Titan team to combat the smuggling of drugs and phones into prisons.

“We are determined to disrupt this type of organised crime and will relentlessly prosecute anyone involved.

“Drugs inside prisons prevent prisoners breaking their addiction and often gets them into debt.

“Drug abuse in prisons also leads to further crimes being committed and impacts on the safety of prison staff.”