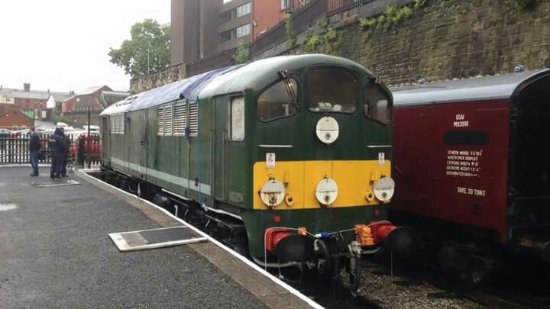 Three teenagers who cause over £30,000 worth of damage to a train carriage on the East Lancashire Railway have been charged with criminal damage.

A 13-year-old boy and two girls aged 13 and 14 were arrested. They cannot be named for legal reasons.

In the attacks windows were smashed, paint was thrown and carriages were left covered in graffiti.

The attacks come as the Heritage railway is celebrating its thirtieth anniversary.

The three have been charged and are bailed due to appear at Manchester and Salford Magistrates Court on Wednesday 16 August 2017.