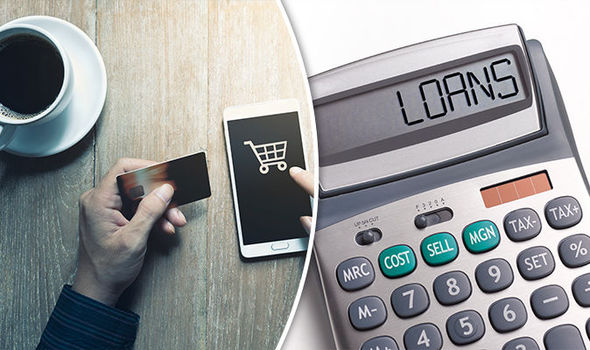 Payday loan companies design their websites and apps specifically to stop users dropping out of the application process, research led by Newcastle University experts has revealed.

Devices such as sliders that customers can play around with, brightly coloured ‘apply now’ buttons, simple forms and images of happy people are all used to entice people to borrow.

It means a customer can have their loan approved and get access to the cash in just 10 to 15 minutes – without ever having to speak to another person.

Lead researcher Dr James Ash, from Newcastle University’s Department of Media, Culture and Heritage, said: “The way the websites and apps have been designed makes them incredibly easy to use but hard for users to stop and think about what they’re doing while they are applying. The borrower thinks they are in control but in fact, they are being cleverly guided through the whole process. This has led to this market growing at a high rate in recent years.”

The researchers, which included two colleagues from Durham University, categorised the High Cost Short term Credit (HCSTC) market as including cash and payday loan, guarantor loan and logbook loan providers, where relatively small amounts of cash are borrowed for relatively short periods of time. Also known as fringe finance, it is estimated to be worth £2 billion a year and 82% of all cash and payday loans in the UK are now applied for and approved online through digital interfaces and websites.

Speaking to 11 website developers and to 40 customers, the team identified how the companies manage ‘frictions’ which they describe as blocks or obstacles that interrupt, slow or stop a user applying for a loan.

Sliders are a key feature of most of the websites and apps and is the first page a user typically encounters as part of the application process. It usually consists of two bars – the first referring to the amount of money, the second to the length of borrowing time. Designers told the team the sliders are designed to be ‘playful’ and the more someone plays with the slider, the more likely they are to apply for a loan. The device also reduces the number of touches involved in the process, making it one smooth movement – again reducing ‘friction’.

The researchers say this gives the customer time to become engaged with the applications process, making them less likely to drop out.

The next stage is the ‘Apply Now’ button. Changing the colour of the button can increase the application rate. One site changed its button from red to orange and saw an 8 % increase in applications. Application forms are also designed to look short and manageable – stopping users from being put off by ‘official’ looking documents.

“What is particularly worrying about the growth of this market is that the people who use them are often some of the most vulnerable sections of society,” says Dr Ash. “Some of the people we spoke to didn’t even consider the payday loans as debt. It was simply another form of income they had and another bill that had to be paid. There’s evidence that this kind of lending is unsustainable and can exacerbate mental health issues.”

Review of the year April