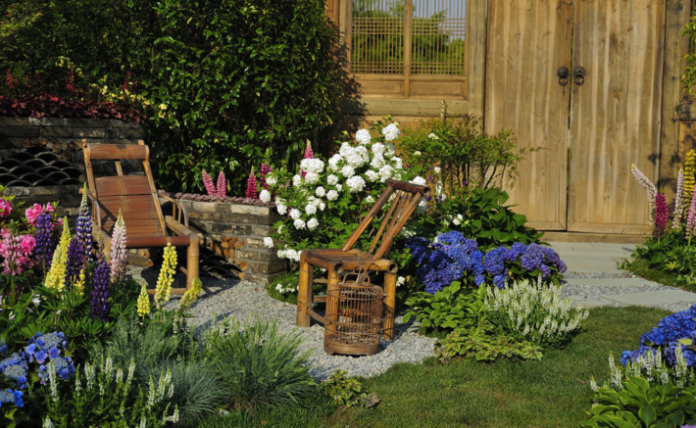 Urban domestic gardens play an important role in protecting against climate hazards – such as flooding and heatwaves – meaning garden owners can do their bit to help create more resilient cities in the future, study finds.

According to research by Manchester Metropolitan University, greening private gardens in urban areas – including adding trees, shrubs and having more grass space – could be the solution to reducing future risk of heatwave events and surface water flooding.

In the UK the variable climate means heatwaves and floods can occur, with rising temperatures due to climate change only set to increase the severity and frequency of these weather events.

But findings of this new research – named the My Back Yard project – suggests that encouraging residents to implement greening solutions in their own gardens could directly lead to positive impacts on climate resilience in urban areas.

Experts say this shows the importance of involving the general public in helping to address challenges that lie ahead as a result of the changing climate, and this new information will help with planning for healthier cities in the future.

The research was conducted in Manchester but can easily be applied to any urban zone in the UK.

“There hasn’t previously been much research on greening private gardens, but they are incredibly important to cities because of the land that they take up.

“In Manchester for example, where we conducted our research, 20 per cent of the city is made up of private gardens, which have the potential to contain a large amount of green infrastructure.

“But that is entirely dependent on the individuals who own that land and the choices they make in their gardens – the actions they take are really quite significant to the city and affect how it is able to tackle climate resilience in the future.”

For the study, researchers ran environmental models to quantify and map the cooling potential and flood risk under different greening and climate scenarios, and citizen science to find out how much green infrastructure featured in gardens in the city.

But scientists say that implementing more greenery on this land will help defend against the damaging impacts of extreme weather events.

That is because natural surfaces such as grass, hedges and plants, provide evapotranspiration, which means they cool the surrounding air. Trees also provide shading – further increasing cooling.
These surfaces also allow excess water to infiltrate into the soil and plants capture and use some of the water.

In stark comparison, hard surfaces like tarmac and paving sees water running off very quickly and overwhelming drains, potentially causing flooding. Surface water flooding might also occur if there is nowhere for the water to go.

Water runs off man made surfaces like paving very quickly, potentially causing flooding
Dr Cavan added: “People don’t realise the impact that they can have on improving their neighbourhood’s ability to cope with heatwaves, flooding, drought, air pollution and support wildlife.

“What we hope to do is encourage more people, not just in Manchester, but further afield, to do more to their own gardens to support climate resilience.

“The best thing people can do is take up paving and replace this with vegetation – helping us to better cope with both flooding and warmer temperatures.”

Dr Cavan and other scientists from Manchester Metropolitan University now hope to use findings from the study to help empower individuals to do more in the way of climate resilience in private gardens and in schools.