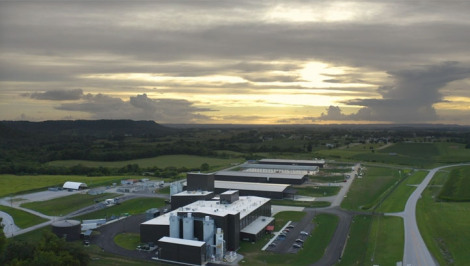 The decade ahead needs to combine ‘a double acceleration’ of the UK’s transition to a low carbon economy, with steps to prevent it widening inequalities by loading costs onto lower-income households, while the benefits flow to better-off households, according to new  research published today .

The Carbon Crunch – a joint report by the Resolution Foundation and LSE for The Economy 2030 Inquiry funded by the Nuffield Foundation – examines how the Government should approach the crucial next phase of the Net Zero transition during the 2020s. This approach needs to be set out soon, with COP26 just a month away and the Treasury’s long-anticipated Net Zero Review due before then.

The Foundation notes that the UK approaches this crucial next phase with several key advantages.

The UK has a proven track record on reducing emissions from electricity generation (down 65 per cent since 2010), a rich institutional setup (including statutory targets and the creation of the Climate Change Committee (CCC)) and strong political and public consensus around the need to tackle climate change (80 per cent of the public are concerned about climate change, the highest figure on record).

The report says these advantages will need to be leveraged as the next phase of the Net Zero transition will involve more societal impacts and behavioural change than the largely invisible progress on decarbonising our electricity system.

The Foundation notes that debates on Net Zero are polarised between proponents of change calling for ever more ambitious targets, while opponents argue for inaction by pointing selectively to the costs involved with meeting existing targets.

Instead, it says, policy makers in the 2020s need to combine delivery on decarbonisation, honesty about the costs involved, and – crucially – protection for lower-income households from an unfair cost burden while ensuring benefits are shared.

“Over the next decade we will need a ‘double acceleration’ in the next phase of our transition towards a Net Zero economy. The government must move from legislating targets to the far harder task of setting out policies to deliver this goal.

“And while the UK is well-placed to lead this transition, with its proven track record on reducing emissions and strong political and public consensus on the need to act, no-one should kid themselves that this next phase won’t be challenging.

“We cannot afford to ignore the significant upfront costs that will be required to decarbonise our homes and our cars. We also need to pay particular attention to how low-and-middle income households are bearing those costs, and benefitting from future savings too.

“At the same time we cannot allow the costs of Net Zero to derail our decarbonisation efforts. That would simply lead to higher costs, missed growth opportunities, more disruption and greater climate damage further down the road – a legacy we must not bequeath to future generations.”

“Decarbonising the UK’s economy during the transition to net zero will have a significant impact on people, places and firms as patterns of consumption and investment change dramatically. Policymakers should be actively thinking about how change can be managed fairly so that low income households can benefit from the economic opportunities presented by the transition to net zero without bearing the biggest cost.”