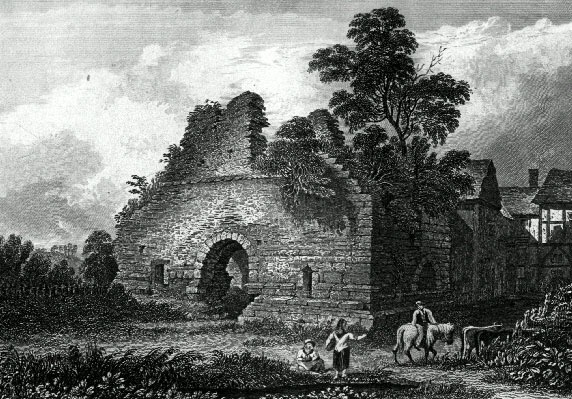 On Saturday 23 April there will be a preview event for the new Radcliffe Manor heritage trail.
While work isn’t quite complete, the newly-formed Friends of Radcliffe Manor group is keen to share what has been learned and developed since the project began in 2013. The linchpin of Bury Archaeological Group, Norman Tyson, has agreed to say a few words and members of the Friends group will guide people around the trail.
At 11am there will be a preview for people who, in various ways, have worked on the project. At 1pm a tour will be offered to any members of the public interested in seeing the latest developments, such as the footprints of former buildings and the interpretation panels. The tours will start and end at the Close Park community room.

A booklet is in preparation and there is already a website containing lots of information (www.radcliffeheritage.co.uk ) The Friends group is also setting up a Facebook page.

Carol Kemp, chair of the Friends Group, said: “We’ve come a long way since the turn of the century when tipping wagons were driving within about three metres of our medieval tower. With the improvement of the site and the development of the heritage trail, Radcliffe Manor is getting something like the respect a scheduled ancient monument deserves and we like to think we’re doing our bit to increase Radcliffe’s pride and self-respect.”

Colette Jones, also from the Friends Group, said: “While we’re planning a more formal opening in the summer and a variety of other events, we thought it was time to thank the many people who have been involved in the project and celebrate their achievements.”