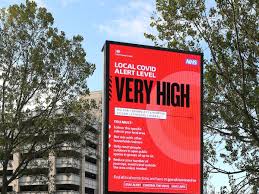 Families will be able to enjoy Christmas together across the whole of the UK after ministers agreed a plan that will allow up to four households to mix for five days.

In a statement the Cabinet Office said the leaders of England, Wales, Scotland and Northern Ireland had “endorsed a shared objective of facilitating some limited additional household bubbling for a small number of days”.

“Welcoming the good progress made by all administrations over the past few days to design a single set of arrangements that can apply across the UK, ministers reiterated the importance of allowing families and friends to meet in a careful and limited way, while recognising that this will not be a normal festive period and the risks of transmission remain very real.

The statement also “emphasised that the public will be advised to remain cautious, and that wherever possible people should avoid travelling and minimise social contact”.

More areas may be placed in the strong Tier 3 category which saw pubs not serving food forced to shut and no indoor mixing of households but it is also understood the 10pm curfew on pubs and restaurants will be altered so that last orders will be at 10.00pm but people given an hour drinking up time to avoid crowds spilling onto the streets at the same time

According to The Telegraph “everywhere from factories and offices to towns and cities will be blitzed with mass testing if cases start to rise.

The final decision on which areas are in which tiers will be made on Thursday when ministers have access to the latest information on the virus’s reproductive rate, its prevalence and incidence in the population, and whether infections are increasing or declining.

The new framework will run until the spring in a move designed to give businesses and the public more confidence and clarity while work continues on approving vaccines and a mass immunisation project.

The plans though will not be without obstacles as  70 Tory MPs have written to the Prime Minister saying they will not vote for the reintroduction of the tier system unless the Government sets out the reasoning behind every ongoing restriction.

The letter, organised by Steve Baker and former chief whip Mark Harper, warns that Ministers ‘must publish a full cost-benefit analysis of the proposed restrictions on a regional basis’.

Pensioner who started abusing girl when she was aged just 4 is jailed for...