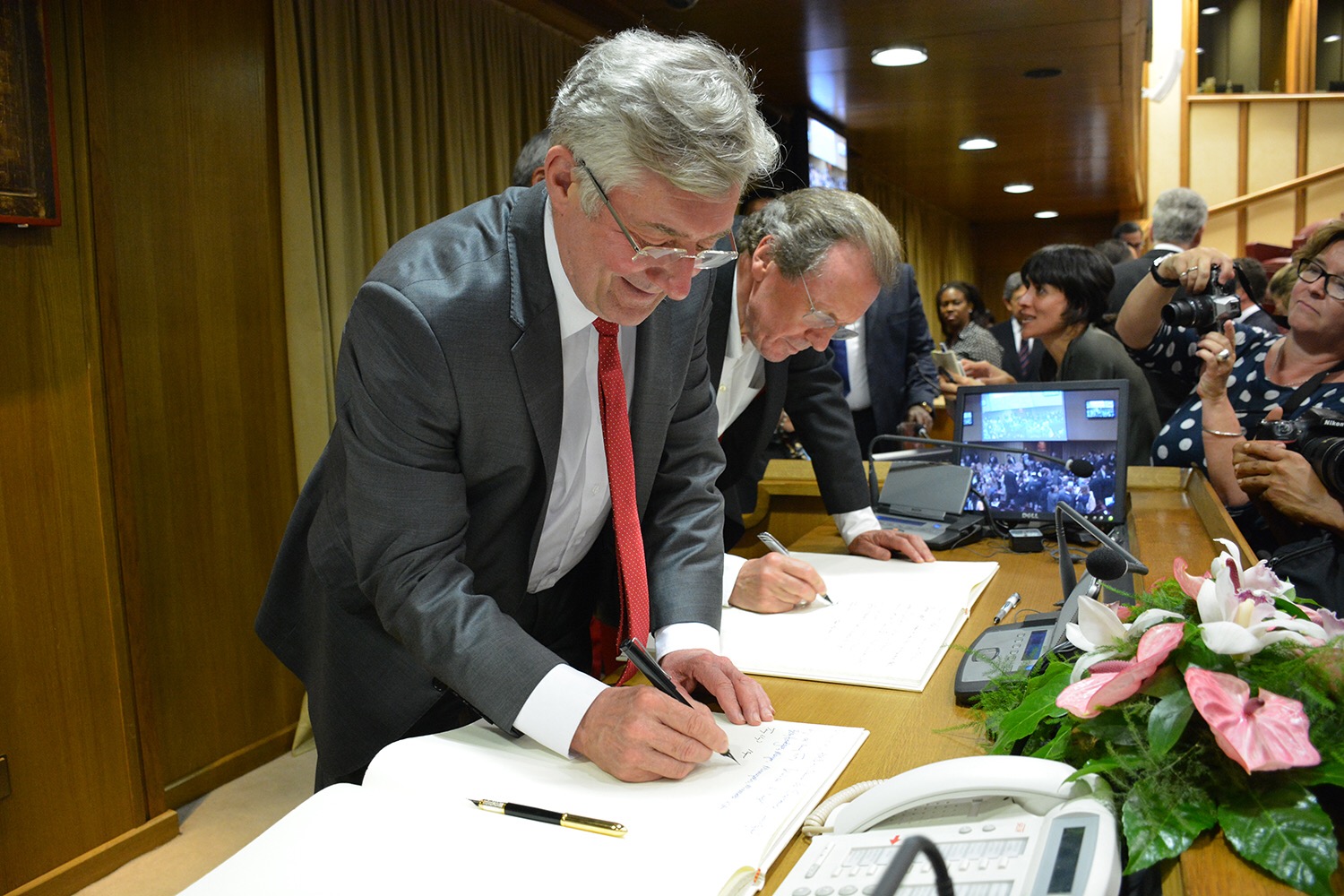 The newly selected Mayor of Greater Manchester is in Rome, attending Modern Slavery & Climate Change: The Commitment of the Cities hosted by the Pontifical Academy of Social Sciences.

One month after the release of Pope Francis’ encyclical, Laudato Si’ joined Pope Francis and Mayors from around the world at the Vatican to discuss two of humanity’s greatest global challenges, modern slavery and climate change and make a declaration to work to combat these.

“This conference echoed the voice of millions of people around the world that climate change threatens to undermine our ways of life in ways we cannot predict. The impacts of rising food prices, rising sea levels, dangerous weather change and refugees on a huge scale and more will hit people hard right across the globe. Here in Greater Manchester we can’t stand idly by and wait for this to happen – we must take action. When religious leaders join climate change scientists to raise their concern, both morality and common sense demand determined action.

Lockdown Week 12-“Isn’t it strange how 3 months can feel like an eternity one...