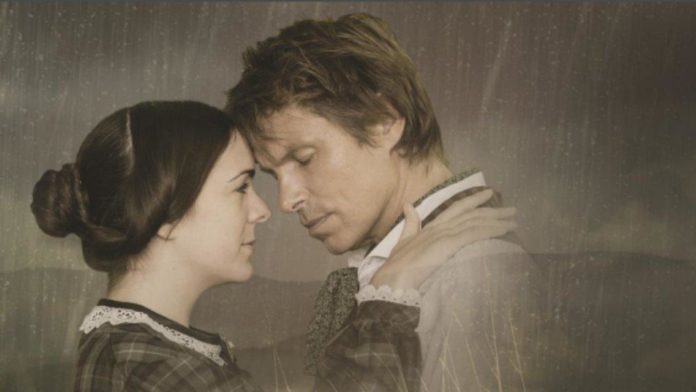 A Gothic masterpiece of tempestuous passions and dark secrets, Jane Eyre tells the thrilling story of an orphan and her journey from a childhood of loneliness and cruelty to a life at Thornfield Hall and an unlikely relationship with the mysterious Mr Rochester.

Falling in love, she gradually uncovers a hidden past to the gloomy, forbidding Thornfield Hall – a terrible secret that forces her to make a heart-wrenching choice.

Captivating, brooding and intensely powerful, Jane Eyre is a moving and unforgettable portrayal of one woman’s quest for equality and freedom and remains one of the great triumphs of storytelling.

Originally Brontë published Jane Eyre under the male pseudonym Currer Bell. The literary world became consumed with the identity of the writer but even her publisher didn’t know Currer Bell’s gender. A woman in a man’s world, Brontë wrote of a female character who, in spite of agonising hardships, manages to persevere and define her own happiness, rather than have it defined for her by others.

In their trademark style, Blackeyed Theatre’s interpretation of Jane Eyre will feature an ensemble cast of actor-musicians. The performance includes live music written specially for the production by award-winning composer George Jennings.

Director and Producer Adrian McDougall comments, ‘Jane Eyre is simply epic in its vision and scope of ideas, in terms of time and space, and in its sheer emotional depth. I’m very conscious of the responsibility that comes with putting such an important and well-loved novel on stage, but it’s a fantastic challenge for any theatre maker, and one that lends itself perfectly to the highly creative, bold brand of theatricality for which Blackeyed Theatre is known. What we produce will, I hope, induce that same intensity of feeling you get when you read the book: the joy, the despair and everything in between… A searing celebration of female empowerment, a beautiful, brooding love story, with a little Gothic horror thrown in for good measure!’

Writer Nick Lane comments, ‘Jane Eyre is such an important character in literature. She was iconic for a female character of her time, shaping her own destiny and risking everything to follow what she believed in. I think she’s been an inspiration to a lot of women, and will continue to be so.

There’s satire, there’s socio-economic commentary, there’s this beautiful ache of a love story. But,for me, Jane’s an underdog; all her life she’s been underestimated or treated with resentment and contempt, yet she endures it all and prevails.’

A mix of rock, harmony, country and life…new band DoveTales have flown in.