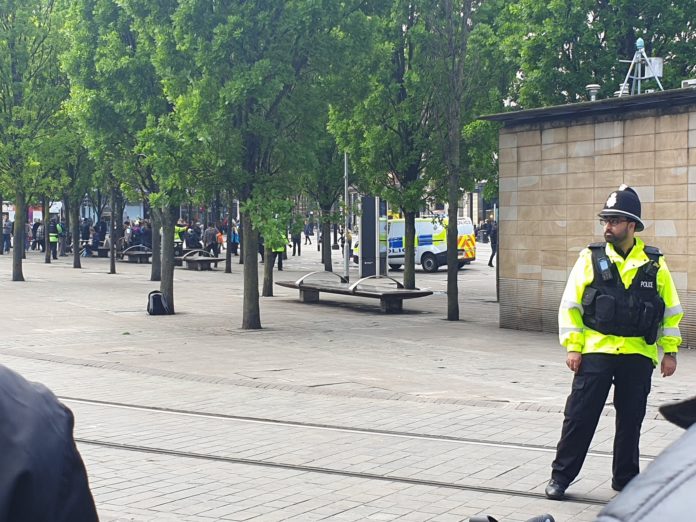 A second package in Piccadilly Gardens has been identified as non-viable.

Police have been responding to reports of suspicious packages in Piccadilly Gardens and at Oldham Library.

Two packages in Piccadilly Gardens – one of which was discovered later on today, were examined by officers with support from bomb disposal officers.

This evening loud noises were heard after one of the packages was made safe.

All three packages have been deemed non-viable but cordons will remain in place at both locations while enquiries are carried out.

An extensive investigation is underway.

Police Superintendent Dave Pester of GMP’s City of Manchester Division, said: “I know today’s events have caused a lot of disruption to people, businesses and transport but I cannot thank everyone enough for their patience as we’ve responded to this.

“The investigation will look at every available piece of information so we can understand the motivation behind it and the circumstances that surround it.

“People’s safety is always our priority in everything that we do, which is why we have taken this extremely seriously and responded the way that we have.

“I’d like to once again thank you for your patience as we progress our enquiries and assure you that any updates we have on the investigation will be shared with you.”