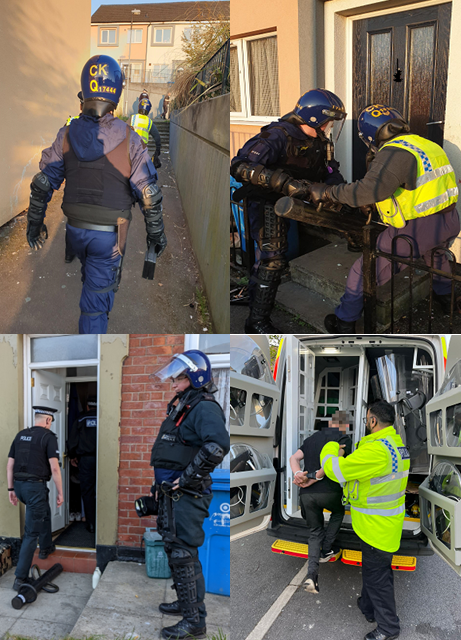 Three man have been arrested on suspicion of drugs offences after early-morning raids in Oldham this morning.

A quantity of controlled drugs was seized and three men, two aged 17 and a 58-year-old, were arrested in connection with the supply of prohibited drugs and remain in custody for questioning.

Police Inspector Nick Derbyshire, of GMPs Oldham division, said: “These warrants were executed as part of Operation Vortex, which is an on-going monthly operation targeting a different part of the Oldham district each time as part of a major push to crack down on violence, drugs, weapons and anti-social behaviour.

“This was another good result for the team with drugs recovered and three suspects in custody. The Central Neighbourhood team are committed to making our communities a safer place to live.

Police are looking for this man after he punched rail staff at Oxford Road...