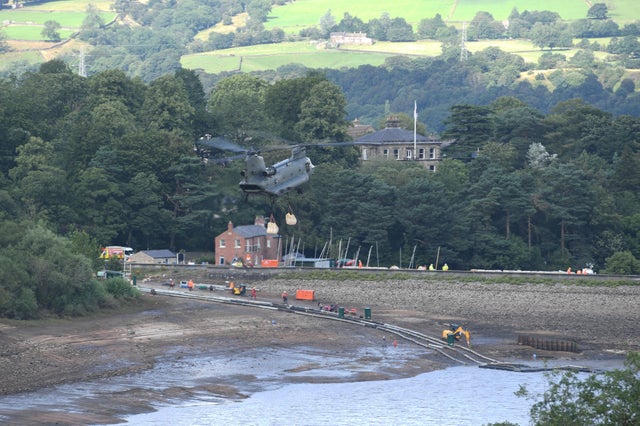 The Canal and Rivers Trust are carrying out a major fish rescue to re-home thousands of fish which have been affected by the draining of the reservoir.

Coarse fish, such as bream, roach, perch and pike, have been captured in large nets by fish specialists and transported mostly to Upper Bittell Reservoir, near Birmingham.

Upper Bittell reservoir has low fish stocks after it was drained and refilled following maintenance works two years ago and therefore is able to accommodate the large amount of fish without upsetting the local ecosystem.

Meanwhile water levels in the reservoir remain very low and pumps dealt efficiently to remove any new rainwater. The Canal & River Trust and contractor Kier have now taken over responsibility for the site from the emergency services and continue to closely monitor water levels.