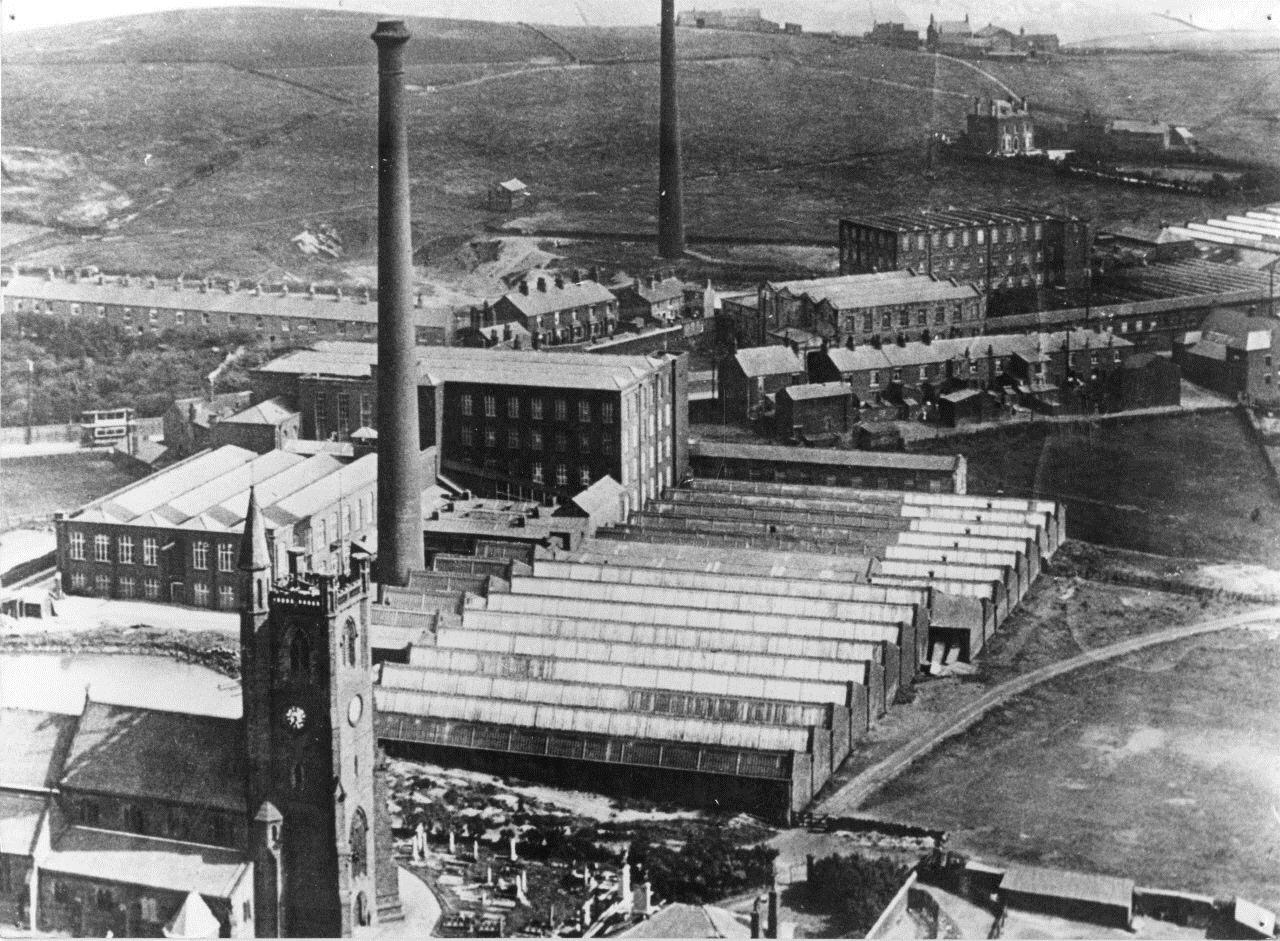 During the second half of the 19th century the borough emerged as the cotton-spinning capital of the world.

One of Oldham’s greatest advantages lay in its people: hard working, determined and, above all, innovative, their influence was felt far beyond the borough.

Enterprising men like John Platt and Asa Lees developed machine making companies that exported equipment all over the world. The Oldham architects Joseph Stott and Sir Philip Sydney Stott designed cotton mills across the UK as well as in Europe and the Far East. Another family, the Mellodews of Moorside, manufacturers of velvet and velveteens were equally influential.

The story of the Mellodews begins when John Mellodew, a farmer from Castleton, Rochdale married Anne Butterworth at Rochdale Parish Church in November 1795. The couple had seven children between 1796 and 1816 including their sons William, Thomas, John and James who all choose to leave the farming to work in the burgeoning textile industry.

After a number of years working at James Lees and Sons, Wallshaw Mill, Mumps, three of the brothers, Thomas, John and James moved to Royton in 1838 to begin their own business. Forced out by the Plug Rioters in 1842 they relocated to Moorside.

Despite the American Civil War of the 1860s which threatened to derail the company, the Mellodews consolidated their position as the premier velvet manufacturer in the area and expanded their export markets to included countries such as China and Japan.

Using their wealth the family began to develop Moorside through the purchase of land, building of property and involvement in community organisations. In the 1870s and 1880s they funded the building of St. Thomas’ Church, Moorside including the donation of bells and the clock, and the development of Moorside Cricket Club.

However, in the 1920s tough trading conditions forced the company to sell assets to keep the firm solvent, and in the late 1930s external management was brought in to manage the company.

There was a brief return to prosperity during the Second World War but in 1947 Thomas Mellodew and Company Limited was sold and the family lost control of the firm. By 1955 the mills were running at a loss and were closed, and although the mills are now demolished the legacy of the Mellodew family can still be seen in Moorside today.

To coincide with the opening of the display, William M Hartley, author of The Mellodews of Moorside: An Oldham Velvet Dynasty, will give a talk ‘The Mellodews – How their History Came to Oldham’ at Oldham Local Studies and Archives, 84 Union Street on Thursday 26 November at 7pm. The talk is free and there is no need to book.

The display, including family archives, runs from 26 November to June 2016.

Carols with the Mayor