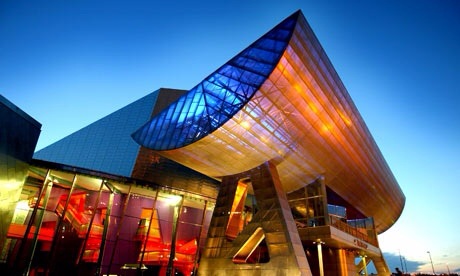 This summer, The Lowry programme highlights some of the most significant developments in recent human history.

War Horse returns to The Lowry in the centenary year of the First World War and recent South African history is mirrored by the racial tensions of 19th century American South in Cape Town Opera’s Show Boat.

Noel Coward’s Tonight at 8.30 is a delicious peek into the lives of the bourgeoisie of the 1930’s and Icarus explores a moment of history in the making, the real-life one way mission to Mars planned for 2024.

Africa’s premier opera company will perform at The Lowry for the first time with this rarely seen musical from Tue 8 – Sat 12 July. Show Boat reflects the racial tensions of South Africa’s past in the lives of the performers, stagehands and dock workers on the Cotton Blossom, a Mississippi River Show Boat, over a 40-year period from 1887 to 1927.

Acclaimed physical theatre company Square Peg Theatre present Icarus, the first ‘Developed With’ The Lowry production of 2014. Using their physical and cinematic style, Manchester-based Square Peg Theatre create an elegant, bold, and beautifully choreographed world of interstellar proportions from Thu 3 – Fri 4 July. In 2010 the Mars One Foundation set out their plans to establish a human settlement on the red planet by the year 2024. They received over 250,000 applicants for the one-way mission. Inspired by these real events, Icarus peers into the future and asks: what would drive somebody to leave Earth forever?

English Touring Theatre makes a welcome return to The Lowry with Tonight at 8.30, Noel Coward’s exquisite collection of nine one-act plays which will be performed together, three plays per night, for the first time in the UK since Coward starred in them in 1936. From vaudeville to satire, from farce to intricate comedy of manners and from melodrama to romance, the plays span the full, glorious range of Coward’s writing from Wed 2 – Sat 5 July.

War Horse returns to The Lowry from 23 July – 20 September 2014, over several key dates in the centenary year of the First World War. War Horse boasts a cast of actors from across the North West region and is directed by Stockport-born Marianne Elliot.