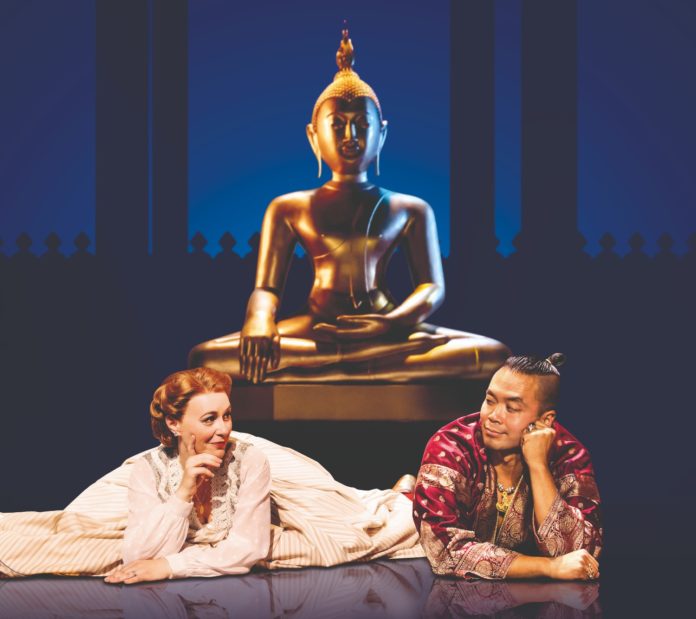 Following the critically-acclaimed Broadway smash hit run of the THE KING AND I and its record-breaking season at the world famous London Palladium, comes the announcement that the multi Tony Award-winning production will now embark on a major UK tour, opening at Manchester’s Opera House.

Reprising his critically acclaimed Broadway performance as The King will be Jose Llana and performing as Anna, fresh from her West End success, will be Annalene Beechey.

This unmissable, majestic production will play at the Opera House from 26th April – 11th May 2019, and then goes on to visit Dublin, Sunderland, Edinburgh, Leeds, Birmingham, Cardiff, Glasgow, Hull, Milton Keynes, Liverpool, Bristol, Woking and Southampton.

The news of the tour comes hot off the heels of the cinema release of the live production of THE KING AND I: FROM THE LONDON PALLADIUM, which has become the biggest live event in cinemas of 2018 following last week’s first global screenings. The production in cinemas has taken in excess of $2.5m at the box office already. In the UK, the film reached the number one spot, with more than double the box office of the next film, Fantastic Beasts: The Crimes of Grindelwald. More than 135,000 movie goers packed cinemas across the globe for the initial performance to watch THE KING AND I: FROM THE LONDON PALLADIUM – filmed on stage at the iconic London Palladium. Such has been the demand for tickets, Trafalgar Releasing has scheduled encore screenings both in the UK and globally throughout December and into 2019. The film has already broken all equivalent records.

The West End critics heaped praise on THE KING AND I. The Daily Mail “left the London Palladium on a bright cloud of music”, while the The Times awarded the show “Five stars for a sumptuous King and I” declaring it “a hit”. Daily Express hailed it “London’s theatrical event of 2018” whilst The Daily Telegraph concurred proclaiming the show “looks and sounds ravishing”. Another five stars were awarded from the Sunday Express and the Financial Times called it “simply spellbinding”.

Acclaimed Tony Award-winning Bartlett Sher will once again direct the production and be reunited with the celebrated creative team that brought this majestic production of THE KING AND I to life at the Palladium earlier this year.

Set in 1860s Bangkok, the musical tells the story of the unconventional and tempestuous relationship that develops between the King of Siam and Anna Leonowens, a British schoolteacher whom the modernist King, in an imperialistic world, brings to Siam to teach his many wives and children. With one of the finest scores ever written, including Whistle a Happy Tune, Getting to Know You and Shall We Dance, featuring a company of over 50 world-class performers, and full scale orchestra, THE KING AND I is a testament to the lavish heritage of gloriously romantic musical theatre – it is the greatest musical from the golden age of musicals.

Producer Howard Panter says: “The response from London audiences to this multi award-winning production of THE KING AND I was unprecedented. Critical plaudits, Box Office records and standing ovations at every show – we were overwhelmed with the rapturous response. Coupled with the reaction to the Global cinema screenings of the film version – which is the biggest theatre event in cinemas of the year and number one at the Box Office. This really is musical theatre at its very best, so we are thrilled that we can now share this wonderous production with theatre lovers up and down the country next year.”

The King and I plays at Manchester’s Opera House from 26th April – 11th May 2019, with tickets already on sale.

Get out in Concert at Bridgewater Hall

Les Mis is coming back to Manchester