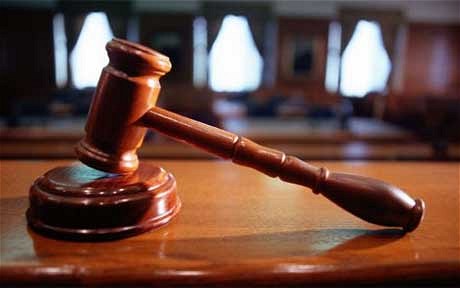 The response follows coverage of a BBC investigation which revealed that up to a million people live in areas with no legal aid provision for housing, with a further 15 million in areas with one provider; around a million fewer claims for legal aid are being processed each year

Legal Aid is the name given to the support given to pay for legal advice, mediation or representation for people who otherwise wouldn’t afford it.

“The [Legal Aid Agency’s directory of providers] indicates that there are only 4 separate providers for the welfare benefits contract in Greater Manchester.

We’re one of them, and two of the others are also charities”, says GMLC supervising solicitor, Ngaryan Li. “But even if you have this contract, regardless of how much work you do for the person, you only get paid £208. That £208 could cover anything from a few days to a few weeks of work by an experienced professional.

“Is it a surprise we are losing a generation of welfare rights advisors?”

“the consequences of the attack on Legal Aid and the advice sector over the last 10 years were always, utterly predictable. Just as we would face a crisis in public health if you withdrew preventative medial services and limited access to GPs to those who were already at deaths door, so too we now face a homelessness crisis, mass reliance on food bank provision, and rising suicide rates for disabled people because people are denied access to early legal advice.

“It is now so difficult for Legal Aid solicitors to survive that they decide to or are forced to pack in. It is telling that a large proportion of the Legal Aid providers left in Greater Manchester are from the voluntary sector, surviving as a result of other charitable sources of funds”.

On Thursday 13th December, GMLC appealed to Greater Manchester MPs to “take up this issue and fight with us for free access to justice for your constituents”.

Writing to the Guardian, GMLC Chair John Nicholson and Greater Manchester Immigration Aid Unit Director Denise McDowell said “We will not let government off the hook by “pro bono” legal labour… Legal aid is only meaningful if there is a new generation of social welfare lawyers able to provide it – universities providing social welfare in their curricula, students free of debt, publicly funded legal aid to pay for law centres throughout the country”,

GMLC Development Manager Roz Burgin says “the Ministry of Justice stated that Legal Aid availability under constant review and urgent action will be taken whenever there are concerns. The decimation of Legal Aid is more than a concern. We demand the urgent action.”