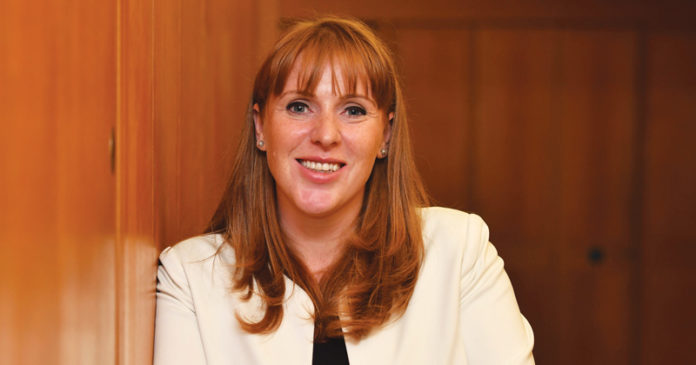 As the Brexit debate continues with a series of votes and amendements being put before the House of Commons tomorrow,Shadow Education Secretary and Greater Mannchester MP Angela Rayner has issued the warning as she argued that a second Brexit referendum would mean politicians had “failed the public”.

Speaking to Sky News’ Sophy Ridge on Sunday, Rayner said that “Labour will do whatever it takes to avoid a no-deal Brexit.”

“So if that’s the only option that we have then it’s something we will seriously consider.”

But, in a direct warning to those hoping to use the amendment to push for Britain to stay in the EU, she said: “I don’t think people want to see a delay in Article 50.

“I don’t think people want to see us in a second referendum.They want to see parliamentarians working together to carry out what happened in the result of the referendum to get the best possible deal we can for Britain moving forward and the only way we can do that next week is by Theresa May actually genuinely working across Parliament and looking at her red lines and seeing how she can build that consensus.I still think that can happen.”

“Well, our conference motion was very close and we said we wouldn’t rule that out.But let me be clear. I think that if we end up in a second referendum then us as politicians have failed the public.We’ve failed to be able to do our job.I will see that as a really difficult situation for us all to be in.”

Rayner said she would “probably” vote to Remain in any second vote, the Shadow Education Secretary described herself as “really worried” about the prospect of another referendum.

“I would be really worried about a second referendum to be honest. I don’t think that people necessarily will expect the result that they get,” she said.

“I think if anything it will be very narrow and worst-case scenario is it will be a very narrow Remain. And that what: are we going to have the best of three?”

Community consultation launched to seek feedback on proposals for future development in Ancoats and...