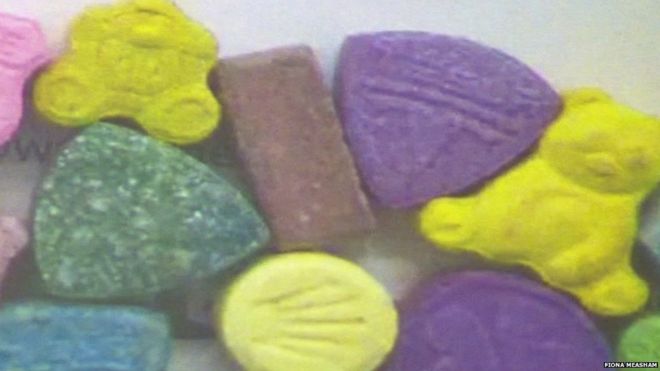 Greater Manchester Police are investigating after four teenage girls were admitted to hospital after taking ecstasy in Wythenshawe.

Police received a report that four 13-year-old girls were in hospital on Sunday evening after taking, what are described as, pink ‘teddy bear’ pills near to the Civic Centre.

They have since been discharged from hospital and are currently recovering at home.

A house in Wythenshawe was searched yesterday eveningas part of the investigation and continue to carry out enquiries.

Detective Inspector Gareth Davies, from GMP’s City of Manchester team, said: “This could have caused devastation for several families and, as with any illegal drug, there can be serious or even fatal consequences if you use them.

“We don’t know exactly what these particular tablets contain and I would urge you not to take them.

“If you are offered drugs, particularly ones which are a pink and purple colour and have teddy markings on them, then please contact police.

“If you have any information about this incident or have concerns about drugs in the area, I would also urge you to contact police.”