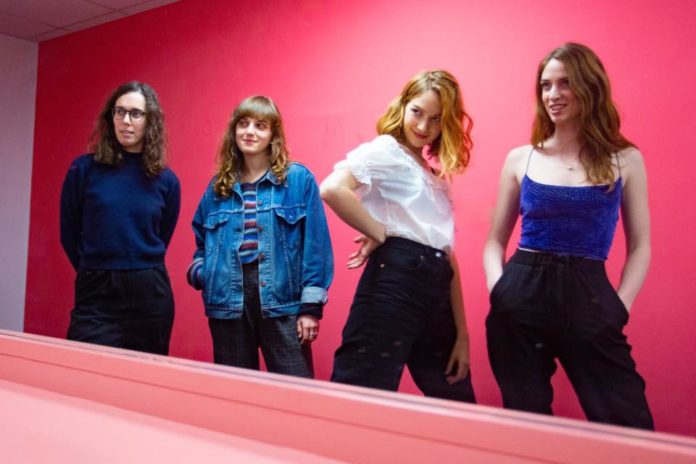 The Big Moon have announced details of a headline tour of the UK for the Autumn.

The band, currently out on a full tour of the UK & Ireland in support of Bombay Bicycle Club, and have already sold-out a short tour for the Spring, will head back out across the UK in October for eight dates, concluding with their biggest headline show to date at The Forum in London on the 30th October.

Tickets for all new shows will be on sale from Friday 14th February, with tickets available on pre-sale from 10:00 on Wednesday 12th February to those on the band’s mailing list.

To coincide with the announcement of the new tour, The Big Moon are pleased to share a brilliantly personal and funny behind-the-scenes documentary, shot by the band during their time at Maze Studios in Atlanta recording in 2019 and edited by the band’s own Fern Ford.

The Big Moon will play Manchester Academy 2 on the 24th October 2020.

You can watch it here.

Is this the best Christmas temp job in Manchester? Tis’ the season to get...