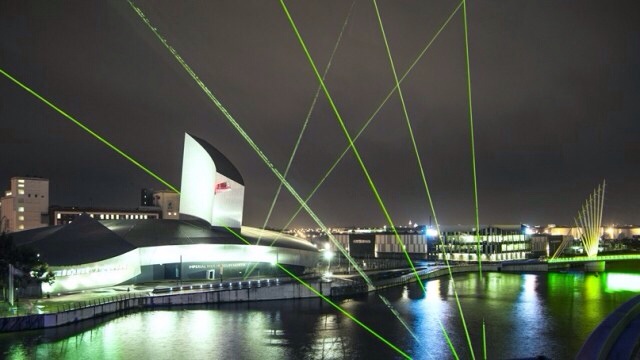 Hyperboloids of wondrous light
Rolling for aye through space and time
Harbour there waves which somehow might
Play out God’s holy pantomime.

Salford Quays will be lit up this weekend by two of the most powerful display laser beams in the world.

They will be mounted onto the roof of The Lowry beaming ‘Thank You’ in Morse Code across the night sky.

The Thank you is in memory of all the men and women who served in the First and Second World War, and to thank Alan Turing for the many lives he helped to save.

The display by Craig Morrison, was originally commissioned by the Arts Council of Wales to commemorate the centenary of Alan Turing who is credited with cracking Nazi Germany’s Enigma code. 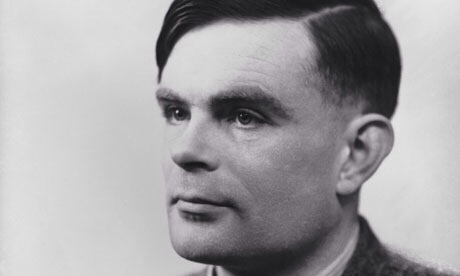 Turing was a mathematical genius and the father of the modern computer Turing spent the last six years of his life in Manchester, and Greater Manchester is the place where so many key events took place in Turing’s life.

Tragically, Manchester is the place where he was arrested for gross indecency at a time when it was illegal to be homosexual, and later the campaign to clear his name began in Greater Manchester.

The display of this large-scale artwork is a homecoming of sorts for the great man, following his long awaited posthumous royal pardon on 24 December 2013.

The powerful lasers are programmed with rolling spheres, or ‘Hyperboloids’, which emit beams of light over two miles and are visible to aeroplanes passing overhead.

Thank You was originally inspired by Turing’s poetic Epitaph, which will also be displayed as a neon art piece alongside the lasers.