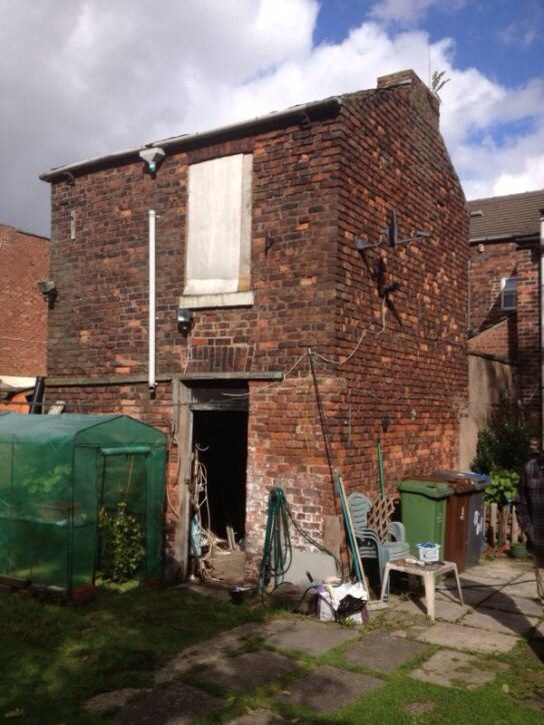 A hidden brick shed in Denton used by a lollipop lady to store her late husband’s tools has been granted Grade II Listed Building status.

The structure is a ‘bow garret’ which was an early domestic workshop for the production of hats, Denton’s chief industry, before the process was mechanised and moved into large mills and hat factories.

The bowing process, which involved the cleaning of the fur, would have taken place upstairs, where the light was better, and the planking process, where the fur hoods were boiled in a kettle of water and acid, would have occurred on the ground floor. Following that process, the shrunken and hardened hoods could be shaped into hats.

The listing process was brought about following a meeting set up by local MP Andrew Gwynne, local historian Margaret Smethurst and representatives from the Stockport Hat Works Museum.

It is thought the Denton bow garret was possibly linked to Hope Cottage on Stockport Road, where in the 1840s, the hatter William Turner lived. Once upon a time, there would have been hundreds of these structures scattered around Denton, Haughton and Stockport, but now they are incredibly rare.

It was both the rarity and largely unaltered condition that convinced English Heritage of the merits of listing the structure.

“I am delighted that English Heritage has agreed to list the Denton bow garret. It is a unique and important piece of the town’s history, that shouldn’t be lost for future generations.

“It was in small domestic workshops, often at the backs of cottages or the edge of fields, that Denton’s hatting industry started. By the early 20th century, Denton was Britain’s main centre for hat manufacture. But it was in small sheds, like this, that our town’s fortunes changed.

Plans revealed for Mayfield to become an artistic, culture and food hub