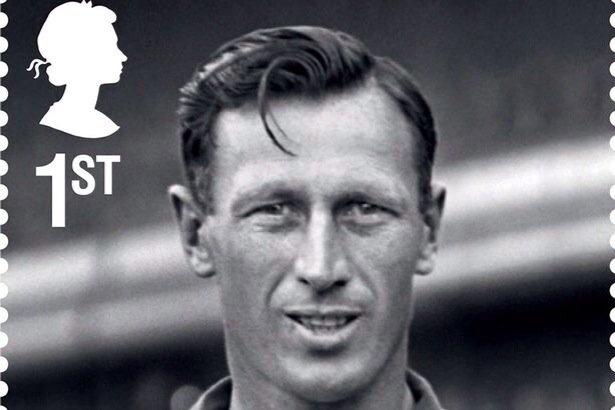 Former Manchester City manager Joe Mercer finds himself honoured alongside figures such as Dylan Thomas and Sir Alec Guinness this morning by the Royal Mail.

Born in 1914, he is one of ten people commemorated in a set of stamps which go on sale tomorrow for their achievements, all of whom would have turned 100 this year.

Joe Mercer, who managed Manchester City between 1965 and 1971 played for Everton and Arsenal . He was nicknamed the Footballing Grocer because he ran a grocery business in north-west England and commuted south for matches when he captained the Gunners to two league titles.

He joined the Blues in July 1965 and decided to bring in a youthful coach and sought out Malcolm Allison, a young former West Ham player he had been impressed with at FA Coaching sessions.

Allison became Mercer’s number two, and the partnership turned City into the most entertaining side of the era.

Promotion in 1966 and a good FA Cup run was followed in 1968 by the League Championship. The following season Mercer’s side won the FA Cup and then eclipsed this by winning both the League Cup and ECWC in 1970. T