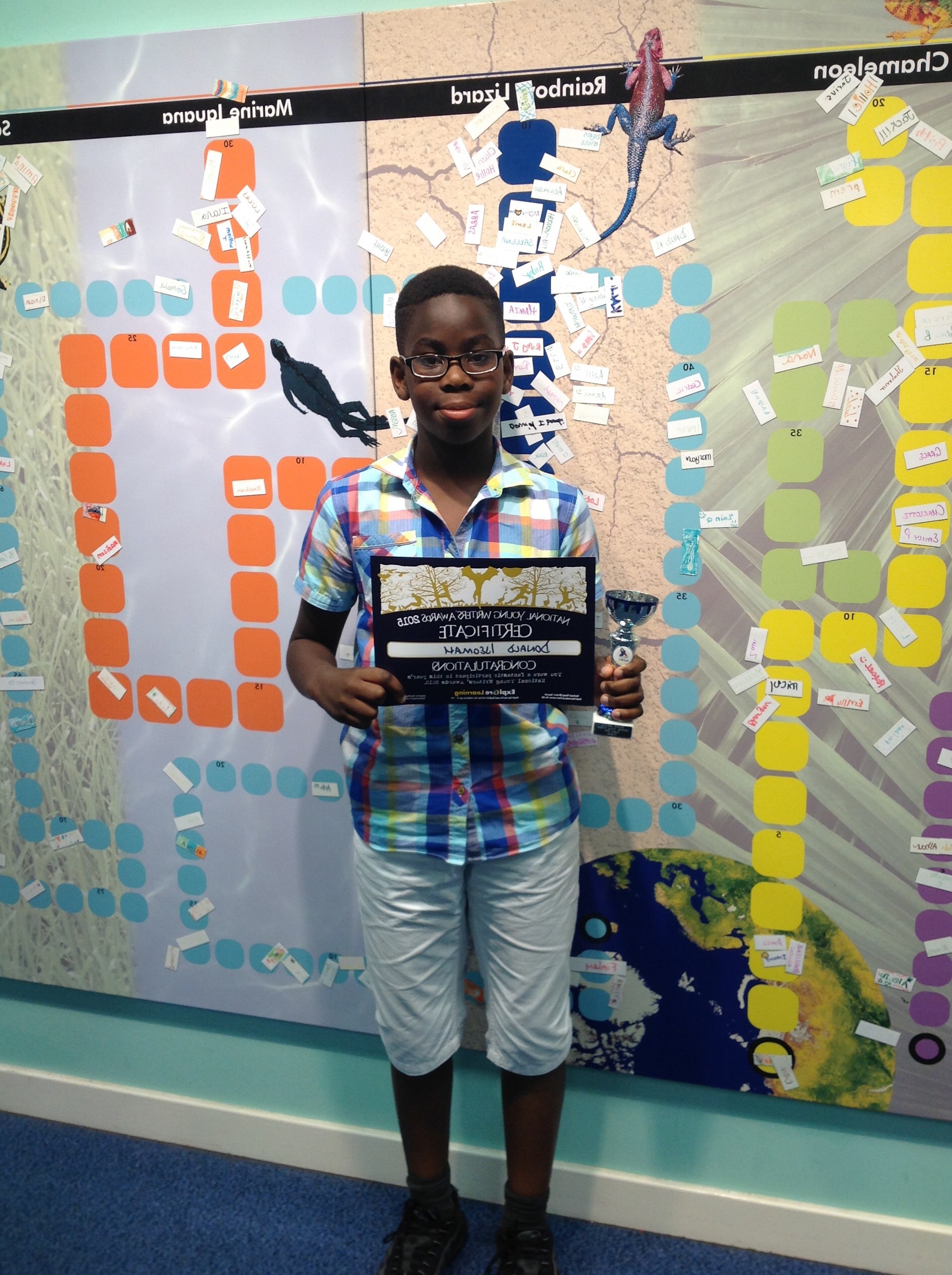 A 10 year old from Manchester has been named a Runner Up in the National Young Writers’ Award.
Donald Ijeomah from St Dunstan’s RC Primary School fought off tough competition from children all over the region with his story.

The competition, organised by tuition provider, Explore Learning which has a centre in Heaton Park, is now in its seventh year. It was judged by best-selling author of The World of Norm series of book, Jonathan Meres.
Almost 15,000 children from all over the UK entered in an effort to win a trip to Disneyland Paris and £500 worth of books for their school. Each runner up received a cup and the accolade of being named one of the best young writers in the country!
This year’s task was to write a 500-word story with the theme ‘Strange Events & Peculiar Happenings’. Since launching seven years ago the competition has encouraged hundreds of thousands of children to put pen to paper, overwhelming the team at Explore Learning with their creativity, imagination and fascinating stories.

The 2015 winner was 12 year old, Alexander Boxall, from Eastbourne who stole the crown with his spine-tingling tale, That’s a Wrap.

Judge Jonathan Meres said: “I know you’re probably all expecting me to say something about how incredibly high the standard of entries was and how impressed I’ve been with the quality of the writing. Because that’s the kind of stuff that judges always say. But I’m afraid that’s exactly what I am going to say. Well, I’m not afraid to say it. I’ve got to say it. Because it’s absolutely true. The standard of stories really has been exceptionally good, which on the one hand has made for some very entertaining reading for me, but on the other hand has made the task of choosing just one overall winner extremely difficult and frankly, almost impossible. But there can, as they say, only be one winner and that was Alexander. Well done to everyone else who entered, too. Whatever you do, keep on writing!”

Explore Learning provides English and maths tuition to children aged five to 14, with 116 centres located across the country. They ran a number of creative writing workshops in libraries and schools up and down the country.

Carey Ann Dodah, Head of Curriculum at Explore Learning says: “This year’s National Young Writers’ Awards attracted more entries than ever before so Sara Zeka should be very proud of their success. Yet again we have been blown away with the amazingly creative, funny and astonishing stories. I can’t emphasise enough the benefits of writing for children; it gives them an outlet to escape into a whole new world, one where anything goes and they are boss! We’re thrilled to see so many children enter this year.”

Public inquiry to be held over Anthony Grainger death