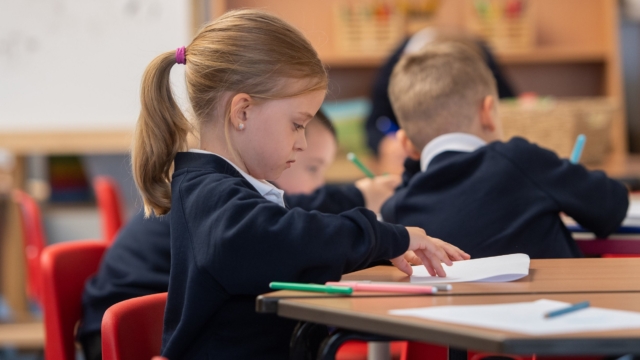 98 per cent of teachers do not believe extended school days or changing term lengths are worth considering at this time, and think that far greater urgency be placed on flexibility and creativity to properly aid on-site student engagement and learning.

In advance of the National Education Union’s annual conference, held online from today  more than 10,000 teachers, leaders and support staff from across the UK and in all school and college settings have made clear their views on the State of Education and the conditions they are having to work under.

Teachers also say that smaller class sizes should be retained as a lesson from lockdown,and that the Government must take urgent action to support schools and colleges during the recovery and beyond, by reducing high workload and the role of Ofsted and performance tables in the next school year .

They must also address the digital divide once and for all says the survey while almost all respondents  believe poverty affects learning, with over half saying it does so to a “large extent” and more than two thirds believe government must urgently tackle the recent rise in child poverty.

The survey was conducted in the days leading up to the wider opening of schools on 8 March.

“It is now beyond doubt that child poverty is on the rise. The effects can last a lifetime, and young people have one chance in education. There is no doubt, too, that schools and colleges have been going beyond the call of duty for them during this past year, as they always do.

“The government, by contrast, spent much of 2020 voicing warm words about its concern for the disadvantaged including when mounting arguments for the wider opening of schools and colleges in September and January. Yet, sadly and unsurprisingly, it has persistently failed to deliver for the young people in poverty whose families need real support and action.

“The government has been on the wrong side of history for too long, and its playing fair-weather friend to disadvantaged young people fools nobody. They could follow the example of the US Government which in its recently passed recovery package introduced measures to significantly reduce levels of child poverty. Instead, the Chancellor Rishi Sunak is currently choosing to remove the £20 uplift in Universal Credit and not providing any support to families with children.

“It is clear from the results of this survey that our members strongly endorse the education recovery plan that the National Education Union has been putting forward for some time.

“Were the education secretary to have taken on board the views of the profession, we would have avoided his exams debacle in 2020, pointless battles over free school meals, and a tardy response to the need for laptops for home learning. Should the Prime Minister have prioritised good practice over good press, he may have enacted the circuit break that was widely called for during autumn term. Instead, we saw needless levels of disruption to learning due to the constant shortcomings of government.

“Learning has continued throughout lockdown, although precious little appears to have occurred at the Department for Education. The message is clear: we need to steer a course beyond Covid which rights the historic faults of the education system in this country and the distorted priorities of those who run it.

“If the government is serious about building back better, then they should take on board these views. Education professionals have been on the frontline, either virtual or physical, throughout the last twelve months and it is their insights on what has worked best that should be taken forward. The genie is out of the bottle so there is no reason to stick by the dead wood of a bloated curriculum, excessive accountability and oversized classes. All are now discredited, not just in the eyes of school and college staff but of parents too. The world has changed because of Covid and the education system should change with it.”

25,000 children in Manchester join the NLT to promote reading for wellbeing