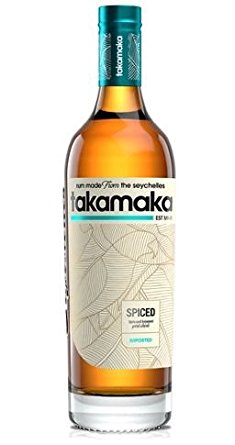 Takamaka Rum, the spirit of the Seychelles, will be bringing a drop of its island sunshine to Manchester with a special bar takeover at El Gato Negro in Manchester on Wednesday 11th April.

The visit is part of Takamaka’s UK tour this April, which sees a special menu of cocktails from some of their favourite bartenders at five bars across the country.

The special takeover evening on Weds 11th will include the Takamaka team behind the bar working their cocktail magic.

Highball Brands – distributor of exciting luxury spirits – added Takamaka Rum, The Spirit Of The Seychelles, to its portfolio in May 2017 and launched the brand to the UK on-trade.

The rum is made in the Seychelles by brothers Richard and Bernard d’Offay, who were inspired by their grandfather’s Rum recipe.Harnessing the bounty of their island home, the brothers have created a range of rums made from high quality,local ingredients. Takamaka White Rum, Spiced Rum, Extra Noir, Coco Rum and St André are distributed
exclusively by Highball Brands in the UK.

Takamaka Rum is made with water collected from the Vallée de Mai, chosen for its high mineral content. The sugarcane in its recipe is exclusively grown for Takamaka by a cooperative of independent family farms; it is then blended with molasses-based rums for a unique flavour profile.

The distillation and blending process, in which the rum passes through a copper pot-still distillation before a final column-still for purity, is overseen by Master Distiller Dave Boule. American and French Oak, as well as second-use bourbon barrels, are used to
mature the aged rums as the spirit rests in the Seychelles’ unique tropical climate.