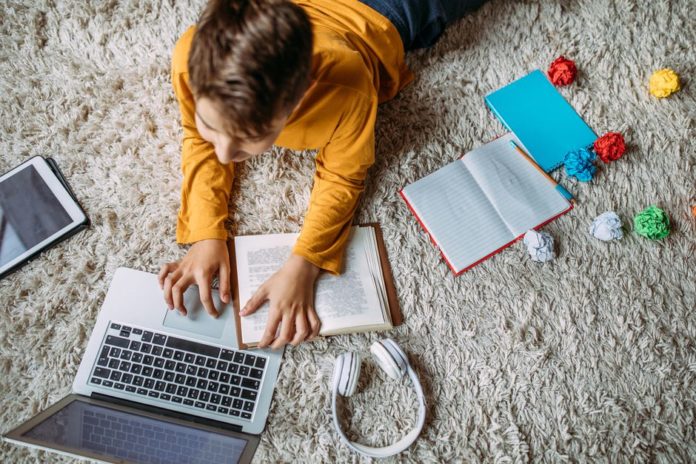 This is according to new research from the Sutton Trust that looks at the impact of school closures on state schools compared to independent schools.

A total of 6,500 teachers were surveyed through Teacher Tapp to find out how much schools are supporting their pupils, along with 1,508 parents surveyed by Public First to explore learning in the home. The polling found over half of students in independent primaries and secondaries take part in online lessons every day. This is two and half times as often as their state school contemporaries .

This gap in provision is explained largely by access to resources. Independent schools as well as state schools in more affluent areas are more likely to have existing online platforms that allow them to broadcast classes online, or receive work submitted by a class. When schools shut down on the 23rd March, three-fifths (60%) of teachers in independent schools and over a third (37%) of those in state schools in the most affluent areas had access to a platform to receive work, compared to under a quarter (23%) of those in the most deprived schools.

Teachers in more deprived schools report that their students don’t have access to tablets or laptops or adequate internet access. In the most deprived state schools, 15% of teachers say that more than a third of their students learning from home do not have adequate access to an electronic device.

Today’s research highlights how schools with different levels of affluence face different challenges during the crisis. It comes after the government announced a package of measures to ensure all pupils can access learning remotely, including through access to devices and Oak National Academy, an online classroom that provides video lessons and resources for pupils from reception to year 10.

The Education Endowment Foundation, the Sutton Trust’s sister charity, will be providing direct support for schools through guidance and resources.

“Despite the heroic efforts of teachers working in very difficult circumstances, pupils from poorer homes face a double disadvantage.  They have insufficient resources at home to support their learning and they are less likely to be able to access online classes.

“The widening of the attainment gap over these next few months threatens to have negative implications for years to come. It is crucial we do all we can to address inequalities through high quality tuition and access to technology.”

School bubbles and isolation to end in Step 4 and will be replaced by...