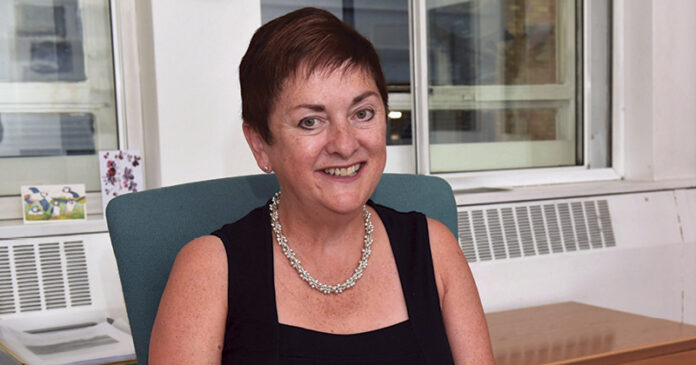 “The announcement that all pupils will return to English schools and colleges on 8 March demonstrates, again, that Boris Johnson has, despite all his words of caution, failed to learn the lessons of his previous mistakes. ” says the leader of the biggest teaching union the NEU

“Whilst cases of Covid infection are falling, along with hospitalisation rates, it remains the case, unfortunately, that cases are three times higher now than when schools re-opened last September. This fact, alone, should have induced caution rather than, in the words of Nadhim Zahawi an ‘ambitious’ school return which runs the risk of schools, once again, becoming, in the Prime Minister’s words on 4 January, ‘vector of transmission’ into the community.  This risk is greatly elevated because of the new variants of Covid which are significantly more transmissive.

“Why has the English Government not taken the same route as Scotland, Wales or Northern Ireland whose cautious, phased approach to school opening will enable their Governments to assess the impact a return to the classroom will have on the R rate and to make necessary adjustments to their plans.

“A ‘big bang’ school reopening brings 10 million people back into crowded buildings with no social distancing and inadequate ventilation.  The wearing of face masks by pupils and staff in in secondary school lessons is a welcome measure but it is not, on its own enough. The Government has had two months to put extra mitigations in place to stop the growth in infection in schools and colleges that was seen from September to December. Where are the ventilation units for classrooms? Where are the nightingale classrooms? Where is the PHE testing which school leaders could rely upon to give more accurate results? It is no good political parties talking about these safeguards when they know very well that they have not been put in place and will not be put in place by 8 March. Words are cheap. Actions are needed.

“The Government must publish the science and the modelling which informs their unique school return plan. It should also make plans to protect vulnerable and older education staff who should be supported to work from home until their vaccinations take effect.

“While schools and colleges will, as always, go the extra mile, headteachers should have been given the flexibility offered in the other nations to plan for a phased school return.  It would have been far better to take that time to plan and implement a successful and sustainable wider opening – which today’s announcement does not, unfortunately, guarantee.”

Unite, the UK’s leading union, which represents school support staff throughout the UK, has warned that the government’s decision to fully re-open schools in England on 8 March risks increasing Covid-19 rates and threatens the health of children, all school workers and their families.

Unite officer with national responsibility for schools, Caren Evans said: “The government and the prime minister are once again guilty of gambling with the health of the nation.

“The scientific advice clearly advised a phased return to schools but the prime minister apparently knows better. Once again the UK is guilty of failing to learn from the good practice of other nations including Scotland and Wales which are undertaking a phased return.

“Our members want to see all children back in school but this needs to be in a safe and ordered manner.

“Schools have been open throughout the pandemic and support staff have continued to play a key role in ensuring that children are safe, cared for and receiving the appropriate education and support. They are now faced with the additional stress of the uncertainty of not knowing how schools will safely operate when all pupils return.

“There is currently huge uncertainty about how mass testing will work and how this and mask wearing will actually be enforced.

“The bottom line is that no worker should be placed in danger. Covid infection rates are still far higher than they were in September when schools first fully re-opened. If safety is compromised school support staff should utilise their legal right and remove themselves from that danger.”

“UNISON wants schools and colleges to open as soon as soon as possible. But we need to make sure that reopening does not reverse the current drop in infections.

“Schools and colleges need to be safe places for children, young people, staff and parents. This is why, along with other unions, we continue to propose a phased return.

“We cannot understand why the Westminster government has chosen a ‘big bang’ full reopening, when the governments of Scotland and Wales – using the same science – are proceeding cautiously with a phased return.”