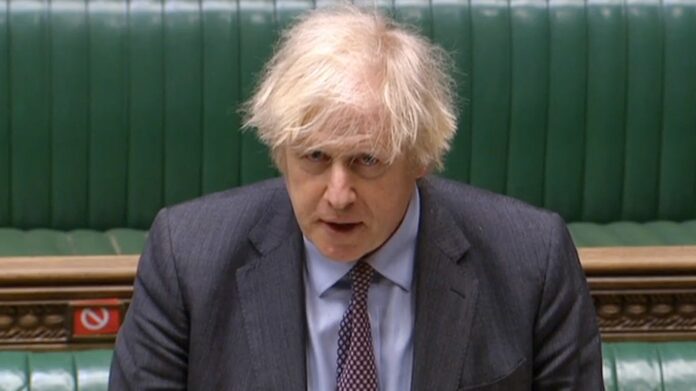 Prime Minister Boris Johnson said on Tuesday that he was very optimistic that all COVID-19 restrictions in England would end on June 21, and added that the government would hold a review into the use of vaccine certificates.

“I’m hopeful, but obviously nothing can be guaranteed … I’m very optimistic that we’ll be able to get there,” Johnson told broadcasters when asked about the June 21 date earmarked to end restrictions.

Asked on Sky News that his roadmap envisages quite a rapid jump, from semi-lockdown to thousands of people being allowed at events just five weeks later. Are you going to fast?, Johnson replied:

But he thinks the country will be able to open up from 21 June in a way that people did not expect.

“We’re all absolutely determined to come out of this as fast as safely possible, but no faster,” Hancock said on Sky News.

Johnson also said that he thought that vaccine passports” would become normal for international travel. He said:

When you look at the international side of things, international travel, there’s no question that that’s where a lot of countries will be going and they will be insisting on vaccine passports, in the way that people used to insists on evidence you’d been inoculated against yellow fever or whatever, so it’s going to come on the international stage, whatever.”