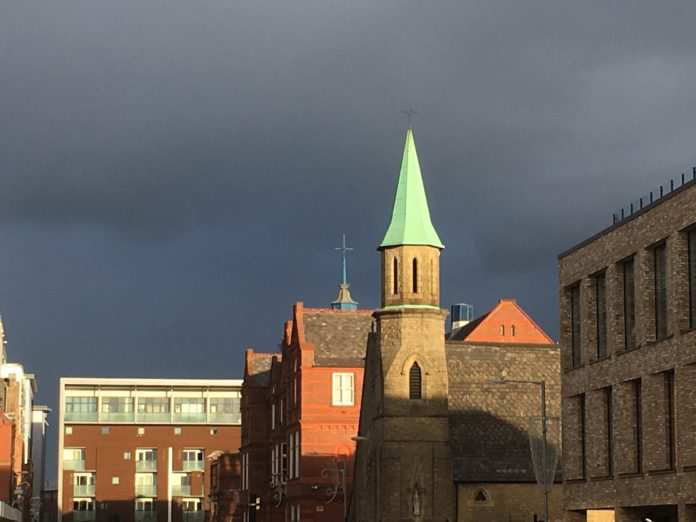 The North of England has been severely hit by austerity.

Since 2009/10 total public spending in the North has fallen by £6.3 billion in real terms,  more than any other region, while the south east and south west together received a £3.2 billion rise in public spending during this period.

That’s just one of the findings of the State of the North report released this morning by the Think Tank IPPR North.

The study urges northern leaders to move the Northern Powerhouse into a new phase to tackle threats and opportunities ahead – amid “Westminster’s Brexit chaos”.

The report also found that Weekly pay has fallen by £21 in the North since 2008 in real terms – more than the national fall in pay, and half a million people work in accommodation and food services jobs where weekly pay is half the national average.

Average household wealth is more than twice as high in the south east compared to the north east, while the increase in property wealth has driven up London’s wealth at twice the rate as in the North since 2006/08.

2 million working-age adults and 1 million children live in poverty in the North– women and those from an ethnic minority backgrounds are disproportionately affected.

England has some of the worst health inequalities in Europe and the very lowest life expectancies in England are found in northern neighbourhoods.

But the North has significant potential says the authors.

Its economic strengths include advanced manufacturing, energy, health innovation and digital. Productivity in these sectors is forecast to grow by 38 per cent by 2030.

“The Government is so consumed by Westminster’s Brexit chaos that it has deprioritised the Northern Powerhouse agenda at the very time it is needed most. This cannot continue.

“All our regional economies face severe challenges– including London’s. Brexit threatens to make this much worse and the Northern Powerhouse agenda is the best chance we have of fixing this national economic crisis. In the national interest, the North needs to thrive.

“The North has started to see the impacts of the Northern Powerhouse agenda most noticeably with the elected mayors, the growing recognition of the North’s external profile and the creation of Transport for the North. The growing confidence and appetite for economic change is something to be celebrated and built upon.

“However too many of the North’s people and places are yet to feel the benefits. One million of northern children live in poverty. Many families depend upon precarious and poorly paid jobs and levels of healthy life expectancy in many areas constrain the opportunities of people to play an active role in their local economy.

“But there is a better way. Now is the time to develop the Northern Powerhouse agenda in to a plan which works for the people of the North providing them with opportunities to share in the potential economic opportunities of the future”.

The report argues that, almost five years since George Osborne coined the term, the next phase of the Northern Powerhouse needs to move beyond its initial premise.

The report challenges both Government and Northern leaders to commit to a more comprehensive approach to transforming the North’s economy during this next phase.

Most importantly the next phase of the Northern Powerhouse must be “of the North, by the North, for the North” according to report author Luke Raikes, who argues that comprehensive devolution to the North of England can sustain this agenda and could begin to address the economic and democratic imbalances within the UK.