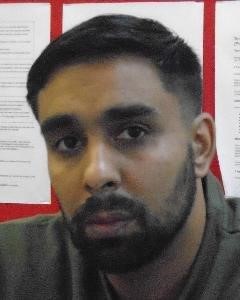 The final members of the group have been jailed today for their roles in a Rochdale-based conspiracy that supplied heroin and cocaine across the North West and Midlands.

Just hours after being released from prison on licence in June 2017, after being jailed for possession with intent to supply heroin, kingpin of the conspiracy, Mohammed Fazal, activated mobile phones that over the next 10 months until April 2018 would be used to organise drugs delivery, receipt and payments.

But his plot unravelled following Operation Gamber,an investigation led by GMP’s Serious and Organised Crime Group unit that pieced together the conspiracy via surveillance and examination of phone records.

Tariq Hussain was a key member of the gang. He acted as a distributor and in September 2017 a quarter kilo of cocaine and £19,000 was seized from his home address on Hector Avenue, Rochdale.

Others in the conspiracy were also caught with large amounts of drugs and cash.

Distributor, Mohammed Hoque, directed the activities of Samirul Choudhury and Ashraful Chowdhury, who were found with one kilo of cocaine and four kilos of heroin respectively.

When arrested, Hoque was found in possession of two encrypted mobile phones.The gang utilised contacts in other areas of the country to move and supply drugs.

Over the period of the conspiracy cocaine and heroin were supplied between Mohammed Fazal’s organised crime gang and Zain Ahmed in Halifax.

In December 2017 police searched a house in Rochdale and discovered half a kilo of cocaine as well as heroin. Zain Ahmed’s fingerprints were found on discarded packaging inside the property.

Elsewhere, Raja Mobeen Khan was responsible for supply to the West Midlands. On three occasions he handed money to women who travelled to Audley, Stoke-on-Trent, resulting in police recovering just under £27,000 in February 2018.

Hafiz Ullah acted as the Lancashire connection. He was responsible for collection and transportation of large quantities of heroin from Rochdale to Nelson, Lancashire.

Further down the chain were the likes of Simon Worrall, who stored drugs at his home address on Milnrow Road, Rochdale.

Also part of the conspiracy was Mudassar Khan, who rented commercial storage units on the gang’s behalf and was seen on surveillance leaving drugs at Worrall’s address – hours before 4 kilos of heroin and cocaine were recovered by the police from the premises.

“But despite his and his co-conspirators attempts to avoid detection, our officers were soon uncovering significant quantities of drugs and cash that led to his gang’s downfall.

“This was a wide-ranging and complex investigation, but thanks to the diligence and professionalism of our specialist officers we have managed to bring down an elaborate drugs conspiracy.

“Drugs blight communities and ruin lives. These prosecutions send a strong message that we will not tolerate criminals attempting to profit from illegality.”

A woman who hurled racial abuse at a garage owner has been jailed alongside...