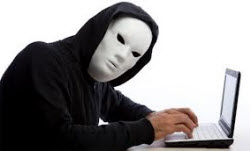 Stockport MP Ann Coffey is to urge the House of Commons to bring in a law to criminalise Catfishing.

The Labour MP will use an adjournment debate to call for the introduction of a new law that will make it an offence to steal someone’s identity and pose as them online to lure people into sexual relationships.

The practice is becoming more prevelent with the use of social media and dating apps such as Tinder.

The phenomenon takes its name from the 2011 documentary Catfish, about a New Yorker who was duped by a woman who posed online as a younger love interest

Coffey has been in part motivated by the story of her constituent Matt Peacock, a male model who was briefly married to Jodie Marsh and who also dated Katie Price.

“My wife began to get messages from women, they told her that I was ‘cheating on her’ by sending indecent images and videos of myself. Not to mention the fact that I was forming relationships with them. I love my wife implicitly; I would never dream of hurting her in such a way.”

Anne Coffey  said: “Without a specific offence, ‘catfish’ who cause so much distress to individuals and their families will continue to exploit and harm other people.

“Catfishing is a modern day menace affecting the lives of many innocent people. It can cause years of heartache. We must do something to deter this, and a change in the law is the most effective deterrent.”

More than half of online dating users say they have come across a fake profile, according to consumer group Which? and the number of people defrauded in the UK by online dating scams reached a record high in 2016 with 3,889 last year, who handed over a record £39m according to the BBC website

Wigan Council to preserve 1910, the year of two elections, posters