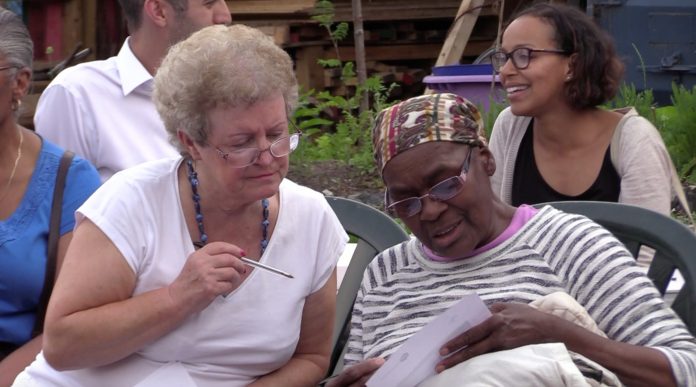 Community groups across central, south and east Manchester have been invited to pitch for a slice of funding, over a shared meal, at an event called Community Soup.

The events have been set up by housing and community services provider One Manchester to distribute their One Manchester Community Fund in an exciting and engaging way that gives residents a say on which community initiatives they want to see in their local area.

The pitching events, on dates in April and May, take place in front of housing association staff and local residents. Community groups or individuals need to complete an online application form by Tuesday, April 17 in order to be invited to pitch.

Angela Salami, group director of communities for One Manchester, said: “The Community Soup events have been so successful in the past, we’re really looking forward to running them again this year. Not only do they ensure that local residents have their say in what kind of initiatives will benefit them the most, but we also have a really enjoyable and fun evening listening to pitches, sharing a meal and enabling residents in the community to get to know each other better.

“Residents are invited to come along to their nearest event and then vote on their favourite pitches. We welcome pitches from any local community group or individual who wants to make a difference – whether that’s making the best of local resources or public spaces, or addressing environmental issues, for example.”

Previous events have seen funding distributed to varied and diverse community projects such as Longsight Family Festival, which involves Longsight families in cultural events; Manchester Young Lives has bought new resources for play and youth sessions in Ardwick; Soap for the Future, which helps female immigrants to make new friends while learning new skills, and the Anson Community Food Festival gives people the chance to try foods from around the world.

Former Community Soup winner Rich Browning, chief executive of Healthy Me Healthy Communities, said: “The Community Soups are a great way to bring people together and for local people to decide which projects are most important for their area.

“In addition to the funding itself, these events also help to generate interest in new ideas and initiatives within the community. So even if you don’t get allocated funding, you have a great opportunity to tell your story and reach an engaged and enthusiastic audience.”

Another former winner, Kieron McGlasson, director of Sow the City, said: “I’d really encourage small organisations to get involved in the Community Soups as you never know where it’s going to lead. Our funding has helped to support our core work in addressing food poverty, providing horticultural training, and improving local neighbourhoods. We’ve found the process very rewarding, exciting and well-resourced. It has also been catalytic in establishing a good working relationship with One Manchester which has led us to support other related projects such as Mens’ Sheds.”

The Community Soup format was originally created in Detroit in the US to bring communities together to vote on which local groups deserve a small pot of funding. The emphasis was just as much on communities coming together for a social event, as it was to distribute funding.

The £500,000 One Manchester Community Fund was set up when the housing organisation was created three years ago in April 2015, and the Community Soup evenings were introduced as a way of distributing the funds in 2016.

One Manchester’s team will invite the groups or individuals that they think will make the most difference, to pitch at a four-minute presentation during one of the upcoming Community Soup events. The audience will then vote and the successful projects will receive funding.

Alan Henning to have a road named after him in his home city of...

NHS patients to be given chance to jump up waiting lists by travelling for...