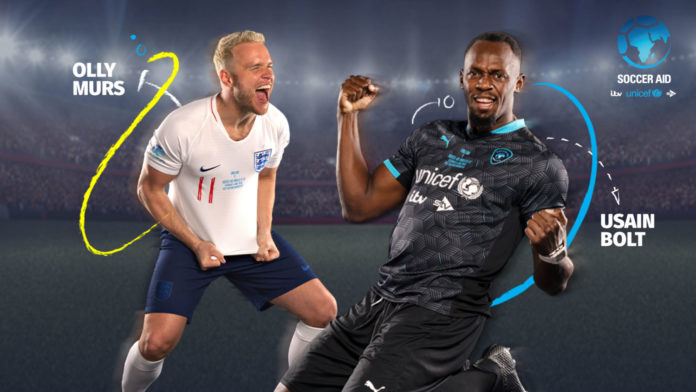 It will be the seventh time Soccer Aid takes place in Manchester with the previously mentioned Stamford Bridge and Wembley Stadium hosting the match once each also.

The game will raise money for Unicef and will be looking to add to the £38 million it has donated over the previous events.

Olly Murrs is the face of the England XI and opposing him in the World XI will be 100m world record holder Usain Bolt.

The England side from 2019, who lost on penalties, included celebrities such as Mark Wright and Ant Middleton who were joined by England internationals Michael Owen and Joe Cole amongst others.

Taking them on was world-class legends Eric Cantona and Didier Drogba with celebrities such as James McAvoy and Niall Horan.

Squad news for this year’s contest will be announced soon.

England have won 5 of the 8 encounters and will be hoping to regain the bragging rights after last years defeat on Saturday 6th June at 19:30.

A Rubbish Night at the Museum

“How can we find hope when the world feels like it’s in such a...