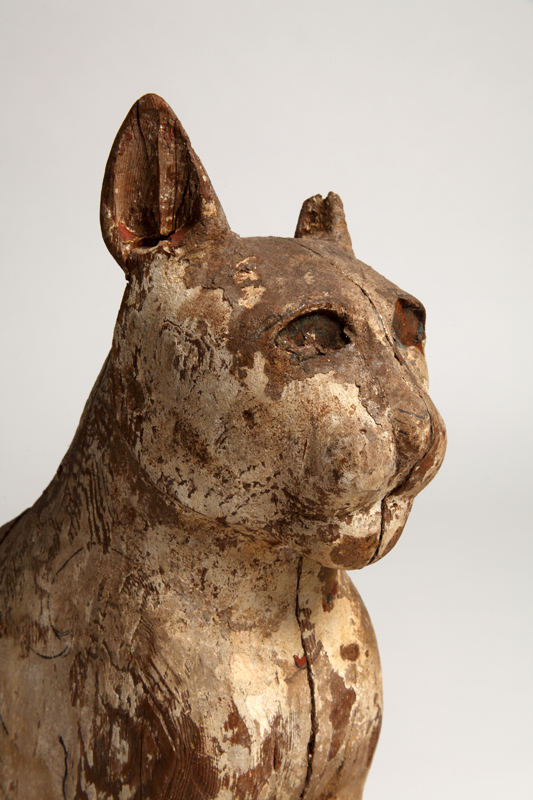 Some surprising guests are making their home in the Long Gallery at Lyme from 10 March until 4 November. The National Trust owned property is opening its doors to a touring exhibition from Manchester Museum, part of The University of Manchester, exploring the curious world of animal mummification in ancient Egypt.

Visitors will be able to see mummified cats, dogs and crocodiles, as well as delve into Lyme’s very own connections with Egypt through its intrepid Regency explorer, Thomas Legh.

‘Gifts for the Gods’ will explain the background behind this religious practice in the context of life in ancient Egypt and the environment in which the animals lived. It will explore the British fascination with Egypt, the discovery of animal mummies by British excavators, and how the mummies ended up in the UK, as well as taking a look at the history and future of their scientific study in Manchester.

The display features 50 objects from the Manchester Museum’s world-class Egyptology collections, including mummified specimens such as hawks, crocodiles, cats and even a shrew, with cultural artefacts such as bronze and wooden sculptures and rarely-seen archives.

Pamela Pearson, Visitor Experience Manager at Lyme says: “We’re delighted to be welcoming this exhibition of Animal Mummies to Lyme to help us tell the story of Thomas Legh’s travels.  If you’re looking to unwrap a day out with a bit of a difference this mother’s day then why not bring your mummy to meet our mummies.”

Thomas Legh travelled through Egypt as a young man and this exhibition will add to the story of his adventures. His book ‘Narrative of a Journey and the Country Beyond the Cataracts’, first published in 1816 with a second edition published the following year, provides the basis for a study of his travels in Egypt and the surrounding lands.

Dr Campbell Price, Curator of Egypt and Sudan at Manchester Museum said: “This myth-busting exhibition allows visitors to experience being an ancient pilgrim entering an underground mummy catacomb, a glimpse of the travels of 19th Century explorers like Thomas Leah, and the work of modern scientists studying Egyptian animal mummies.in the lab.” 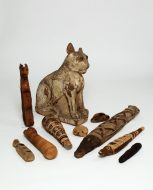 Prior to the display at Lyme, the exhibition has been on display at a number of venues in the North West including Liverpool’s World Museum where it attracted over 100,000 visitors.

The exhibition will open with a reconstruction of the ancient Egyptian landscape which shows Egypt not as the desert we now imagine, but as a country of lush grassland, with taxidermy specimens showing what the animals would have looked like when alive.  Egypt’s many gods could take animal forms to express their superhuman nature. The exhibition explores how images of animals – pictures, statuettes or mummies – could be used to communicate with the gods. Animal mummies and bronzes statuettes are the most common votive offerings – gifts to the gods.

The British were fascinated by a ‘romantic’ concept of ancient Egypt, highlighted in the exhibition by 19th Century paintings of how animal mummies were perceived by British Victorians. They were intrigued by the mysteries of the animal mummies; alongside the pyramids of Giza, one of the main tourist attractions in Egypt during the 18th and 19th centuries was the ‘Tombs of the Birds’, a catacomb at the site of Saqqara, subsequently lost and only re-identified in the 1960s by a British team.

For those looking to delve a bit deeper into the history of these mummified guests, a selection of specialist talks are being delivered by the Egyptology team from Manchester Museum.

‘Gift from the Gods: Animal Mummies Revealed’ opens at Lyme on Saturday 10 March. The exhibition will be open every week, Friday – Tuesday, 11am – 5pm until Sunday 4 November. House entry ticket required, prices can be found on the website: www.nationaltrust.org.uk/lyme . Entry is free for National Trust members.

Hope Mill Theatre in Manchester and Aria Entertainment announce the next stage of collaboration...