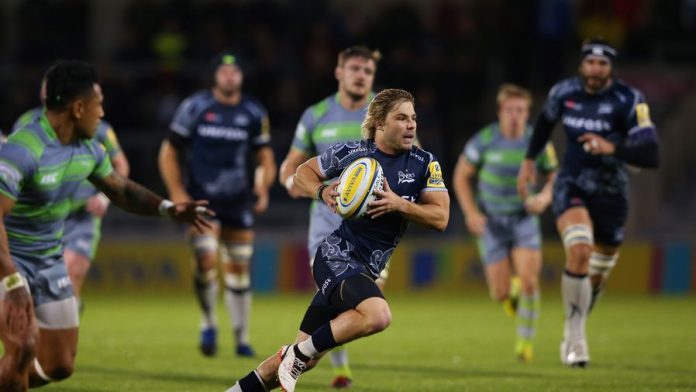 Newcastle staged a late smash and grab raid at the AJ Bell Stadium to deny Sale victory in the Sharks’ first Premiership home game of the season.
Four penalties from fly-half AJ MacGinty had fired Sale into a 12-6 lead midway through the second half of a hard-fought Northern derby and seemingly on course for all four points.

However, despite knocking on the Falcons door several times, Sale were unable to cross the Newcastle whitewash.

And the visitors then grabbed an unlikely victory six minutes from time when referee Andrew Jackson awarded the Falcons a penalty try which put Dean Richards’ side ahead for the first time all night.